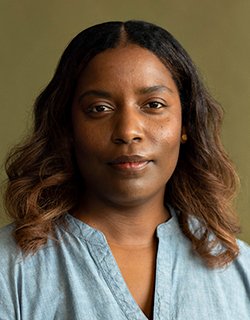 Miryam Charles is a writer, producer, filmmaker, and director of photography based in Montréal, Quebec. She has directed several short and feature films—including Fly, Fly Sadness (2016); To The Colonies (2016); Three Atlas (2017); The Red Album or A Poetic Intention (2019); and her debut feature Cette maison (2022)—which have been presented at venues internationally, including the Toronto International Film Festival, Berlinale, Art of the Real at Lincoln Centre, Block Museum, La Cinémathèque québécois, ALT/KINO, CalArts, Third Horizon Film Festival, L’Aternitiva, and Hot Docs. Charles is the recipient of numerous grants, awards, and residencies, including IndieLisboa International Film Festival’s Silvestre Award for Best Feature Film and Trinidad & Tobago Film Festival’s Best Narrative Feature (2022). Her second feature-length fiction film La marabout is currently in production.