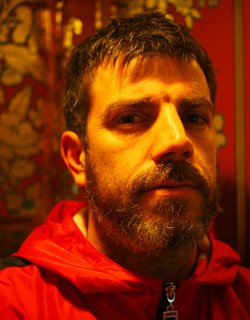 Born in Buenos Aires in 1977, is an Argentine actor and director. He plays a small role in Santiago Otheguy's LA LEÓN (2007) and is involved in several short films. Above all, a series of theater plays can be seen on the stage. For his first film, LOS GLOBOS, he writes the script, directs and plays the leading role.