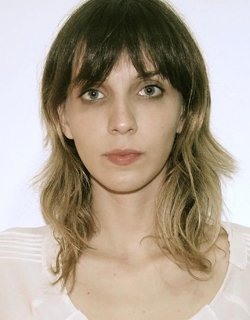 Director of
PRINCESA MORTA DO JACUÍ

Marcela Ilha Bordin is a Brazilian writer and director, based in Porto Alegre, Brazil. She studied Literature at Universidade Federal do Rio Grande do Sul (UFRGS) and wrote for documentaries, TV series and short films, including THE ROOF ABOVE US (2015), directed by Bruno Carboni, which had its world premiere at the 68th Locarno Film Festival. PRINCESA MORTA DO JACUÍ is her first short film as director, selected by IndieLisboa 2019 in International Competition.
Films (selection): BOCHEIROS (2014, TV-Series), O TETO SOBRE NÓS (2015, short), THE ROOF ABOVE US (2015).