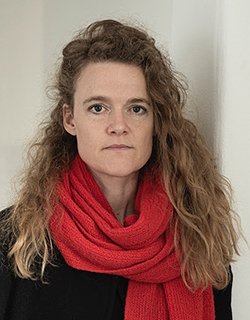 Maaike Anne Stevens is a visual artist based in Amsterdam and London. SCYLOS is her first film, for which she received a development budget from the Amsterdam Fund for the Arts (AFK) and a production fund from the Netherlands Film Fund. She is a graduate of Goldmiths College, London (MFA 2012), where she was included in the Catlin Guide 2013 ‘introducing the 40 most promising new graduate artists in the UK’. Her work has been shown in exhibitions worldwide, including the Museo de Arte Contemporáneo (Santiago, CL), the Art Gallery of Alberta (Edmonton, CA), the Acme Project Space (London, UK) and Vriend van Bavink Gallery (Amsterdam, NL). She was twice shortlisted for the Jerwood Drawing Prize (2010&12). In 2017 she completed a large-scale permanent sculpture for the facade of 26-32 Oxford Street in London, commissioned by Esa Architects and Westminster City Council. Her work is part of the Victoria & Albert Museum permanent collection.