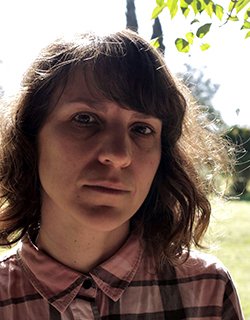 Born in La Plata (Province of Buenos Aires, Argentina) in 1981, Citarella graduated as a film director from the Universidad del Cine. Since 2005, she has been part of El Pampero Cine Production Company, along with Mariano Llinás, Alejo Moguillansky and Agustín Mendilaharzu. She directed films like Ostende (2011), La Mujer de los Perros (2015) (Co-directed with Verónica Llinás) and Las Poetas visitan a Juana Bignozzi (2019) (Co-directed with Mercedes Halfon). Trenque Lauquen is her forth film. Citarella has also made a name for herself as one of the biggest independent movie producers in Argentina. Her production work includes, among others, Mariano Llinás’s Extraordinary Stories and La Flor, and Alejo Moguillansky’s Castro, The Parrot and the Swan, The Goldbug and For the Money.