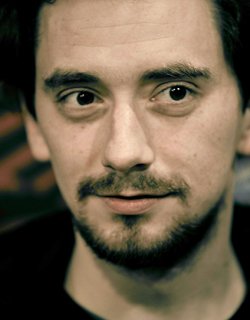 Born in Vienna in 1982, is one of the youngest representatives of Austrian experimental film. He studies at the Academy of Fine Arts Vienna with Harun Farocki. His films are screened at festivals worldwide and have won several prizes, including the Diagonale Prize Innovative Cinema and Best International Experimental Short at the Leeds International Film Festival. The Viennale dedicates a showcase to him in 2013. Johann Lurf lives and works in Vienna.
Films (selection): VERTIGO RUSH (2007), 12 EXPLOSIONEN (2008), ENDEAVOUR (2010), RECONNAISSANCE (2012), CAPITAL CUBA (2015, Viennale ´15), ★ (2017, Viennale ´17).