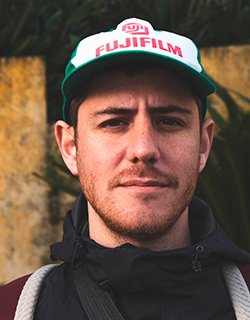 Born in Comodoro Rivadavia, Argentina in 1986, he is a screenwriter and film director. He has a degree in Film Directing from Universidad del Cine. He has worked in several films as assistant director: KÈKSZAKÀLLÙ (2016, by Gaston Solnicki),THE HUMAN SURGE (2016, by Teddy Williams), LIVING ALL TOGETHER (2019, by Ezequiel Yanco), ELECTRIC SWAN (2019, by Konstantina Kotzamani), among others. He directed the short films LOVE CHANGES (Best Short Film 14th BAFICI), Tarapoto, Yurimaguas, Lagunas (2013) and TORNADO (16th BAFICI) His first feature film, A SIMPLE ADVENTURE (2017), premiered in the Official International Competition at the 19th BAFICI.

One of the partners of independent film company Esquimal Cine. What will summer bring is his second feature film.