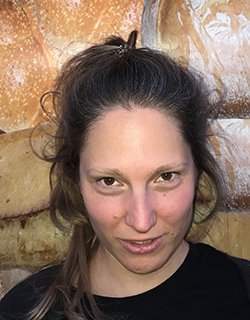 Actress in OUTSIDE NOISE

Daniela Zahlner (*1986 in Austria) is an artist based in Vienna. She works with film, objects, performance, humour, despair and other people.

She studied Film at the Friedl Kubelka School as well as Fine Arts and Film/Media Theory in Vienna and Glasgow. She was a long-time member of filmkoop wien, worked in a film archive and does print inspection.

For OUTSIDE NOISE she collaborated as co-writer and actor.