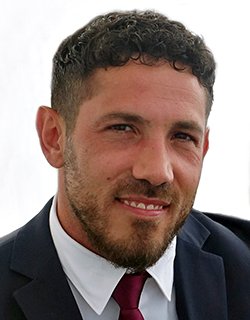 At 19 he became a father of his son Manuel. He works as a laborer in the AMA company and plays soccer in the Italian excellence league. In addition he has acquitted 10 boxing matches as an amateur, a sport that has taught him everything about life, how he explains.

VERA is his first film as an actor.