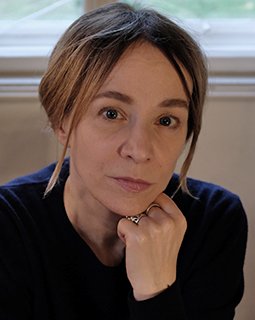 Born 1965 in Vienna, is an Austrian video artist. From 1987 she studied at the University of Applied Arts Vienna with Peter Weibel. From 2004-2006 she is professor for film and video at the Merz Akademie Stuttgart. Since 2006 she has been teaching as professor for art and media at the Academy of Fine Arts Vienna. Her works are shown at exhibitions worldwide and have received numerous awards, including the Prix Ars Electronica (1993), Austrian Art Prize for Fine Arts (2009), Prize of the City of Vienna for Fine Arts (2004). Her works (videos, installations, photographs, web projects, texts/publications) deal with the relationship between different time-based forms between cinema and new media, and focus on questions of (female) identity, representation and performativity. The film GLI APPUNTI DI ANNA AZZORI receives the Diagonale-Prize for Innovative Cinema 2020. Constanze Ruhm lives and works in Vienna and Berlin.
Works (selection): APARTMENT (1999), A MEMORY OF THE PLAYERS IN A MIRROR AT MIDNIGHT (2001), X NANA / SUBROUTINE (2004), X LOVE SCENES / PEARLS WITHOUT A STRING (2007), CRASH SITE / MY_NEVER_ENDING_BURIAL_PLOT (2009), KALTE PROBE (2013), PANORAMIS PARAMOUNT PARANORMAL. THREE TIMES A FILM (2017).