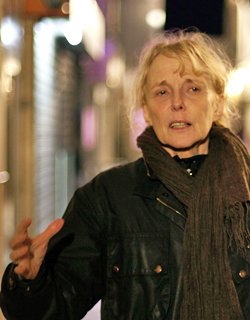 For family reasons Claire Denis can unfortunately not come to Vienna.

Born in 1948 in Paris. As a daughter of a French colonial official she grows up partly in Africa. She studied at IDHEC, Paris. In her debut feature CHOCOLAT (1988) she processes memories of her childhood. Her work has also dealt with themes of colonial and post-colonial West Africa. Her films have won numerous prizes and are shown regularly at the Viennale.
Films (selection): NÉNETTE ET BONI (1996), BEAU TRAVAIL (1999), TROUBLE EVERY DAY (2001), 35 RHUMS (2008), WHITE MATERIAL (2009), UN BEAU SOLEIL INTÉRIEUR (2017)