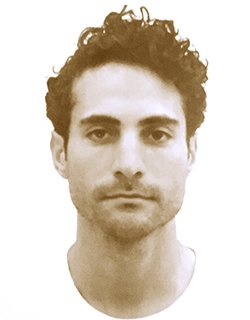 Armand Yervant Tufenkian is a first-generation Armenian-American filmmaker. He studied philosophy, poetry and filmmaking at Duke University and lives in Los Angeles, where he holds a Master of Fine Arts degree from CalArts. His work focuses on concepts of relation, stories of place and placelessness, and the histories and practices of traditions between humans and their environment. His latest film ACCESSION, a collaboration with director Tamer Hassan, was shown at major festivals such as Mar del Plata and Underdox.
Films: RECOGNITIONS (2013), THE RHYTHM OF RUTLEDGE (2012), IN LIGHTNING AGNES (2014), INQUIRIES ON COMMUNITY (OR, TWO PLUS N WHERE N IS GREATER THAN OR EQUAL TO ONE) (2017)