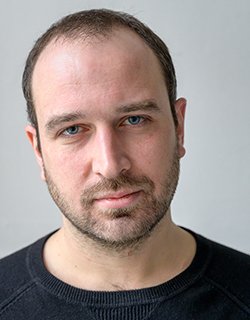 Alexandre Koberidze was born 1984 in Tbilisi, Georgia. From 2001 till 2005 he studied film production at the film- and theatre academy in Tbilisi. 2009 he moved to Berlin, where he started studying directing at the German film and TV academy Berlin (DFFB).While his studies he directed several short films, such as Looking Back is Grace (2014) which was produced in collaboration with Arte or Colophon (2015) which had its premiere at the International short film festival Oberhausen and where it got a special mention by the jury.His first feature film LET THE SUMMER NEVER COME AGAIN (2017) which is a fiction with documentary elements, premiered at the Berlin Critics Week which is happening parallel to the Berlin International Film Festival Berlinale. It was also shown at Fid Marseille 2017 and won the grand prix and the prix premier.