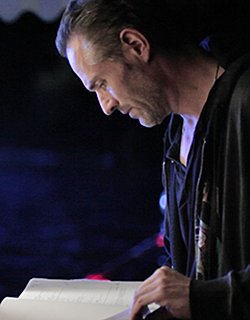 AKIZ a.k.a. Achim Bornhak was born in Stuttgart 1969. Two of his student films from Filmakademie Baden Wuerttemberg got nominated at the Academy Awards for the oscar.
1999 till 2004 Achim moved to Los Angeles. During this time he also created the first prototypes of the creature for his feature film DER NACHTMAHR. Together with Rainer Spix and Simon Rühlemann AKIZ launches his production company OOO-Films in 2012 and realized together with Amir Hamz & Christian Springer from Millbrook Pictures Germany his longterm project and highly ambitous feature film Der Nachtmahr.