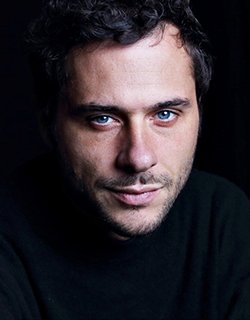 *1984 in Zurich. One-year internship at the Schauspielhaus Zurich 2005/06. Acting training at the Zurich University of the Arts, Master's degree 2011. Premioförderpreis 2011 for the play "Nico's Love" developed together with Julian M. Grünthal. Various performances in theaters of the independent scene. Regular collaboration with the artist group 400asa. On screen he was seen in the award-winning internet soap "Nerd Perfect" by Patrick Karpizcenko, various TV series and short films, in the feature films "Mary&Johnny" and "Der Polder" (both Schwarz/Grünthal), "Die fruchtbaren Jahre sind vorbei" (Natascha Beller), "Strangers" by Lorenz Suter, as well as in the multiple award-winning "Dene wos guet geit" by Cyril Schäublin.