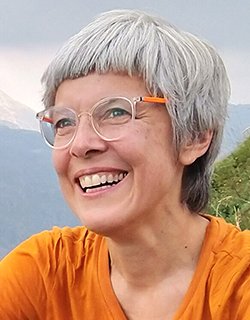 Arne Hector and Minze Tummescheit have been working together since 2000 under the name cinéma copains. In their experimental documentary works, which include lectures, performances, installations and films, they reflect on social and economic issues. Based on interdisciplinary artistic research, their works transcend classic genre boundaries and have been featured in both film festivals and art exhibitions.
Luciana Mazeto and Vinícius Lopes are co-founders of the South Brazilian production company Pátio Vazio. Their work on short and feature films is based on historical and social research, consistently mixing fictional narratives and documentary essays.

Pátio Vazio and cinéma copains first met in 2015, and since then they have collaborated on various art and film projects, spending many hours together in the darkroom, at the animation table, and at the copying machines of LaborBerlin, an independent, artist-run film lab in Berlin. urban solutions is their first film project together.