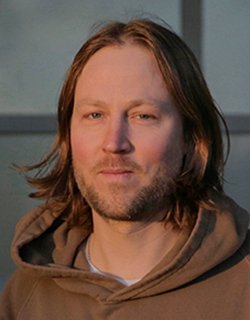 Cyril Schäublin (*1984 in Zurich) comes from a family of watchmakers and grew up in Switzerland. Between 2004 and 2006 he lived in China, where he studied Mandarin and film at the Zhongxi Academy in Beijing. This was followed by studies in directing at the German Film and Television Academy Berlin (DFFB), where he graduated in 2012. Back in Switzerland, he realized his debut film Dene wos guet geit / those who are Fine (2017), which premiered in Locarno and screened at numerous film festivals, including Rotterdam or New Directors / New Films in New York. The film received several international prizes and awards, such as the Best Film Award at the 2018 Edinburgh International Film Festival and a nomination for the 2018 European Film Prize (European Discovery). Unrueh / Unrueh/Unrest (2022), his second feature film, premiered at the 72nd Berlinale in 2022, where it received the Best Director Award in the Encounters section. Shortly after, the film received the Best Film Award at the Jeonju International Film Festival in South Korea and continues its festival tour, including Indielisboa in Portugal, the Sydney and Hong Kong festivals, and the Toronto Film Festival. At the Beijing Film Festival, the film received the Best Cinematography Award. The film was also screened at the New York Film Festival, at the Viennale and in the competition sections in Thessaloniki, Ghent, Sao Paulo and Turin.