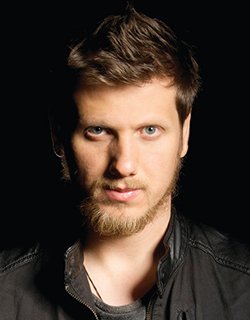 Bidzina Gogiberidze was born and raised in Tbilisi, Georgia.  He graduated from Shota Rustaveli State University of Theater and Film in Tbilisi and studied Film & Sound at Dortmund University of Applied Sciences and Arts from 2015-2020, majoring in directing. His graduation film ICH GEH NIRGENDWOHIN premiered at the 42nd Max Ophüls Preis Film Festival.