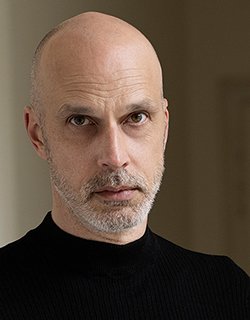 Born in Tirol, Austria, in 1976. He first studied Painting and Philosophy, later Directing at the Vienna Film Academy. During his studies, he produced several short films and documentaries together with Thomas Reider. His first feature-length documentary OUTING is closely linked to his multi-award-winning film debut STILLEBEN (STILL LIFE). Sebastian Meise lives and works in Vienna.