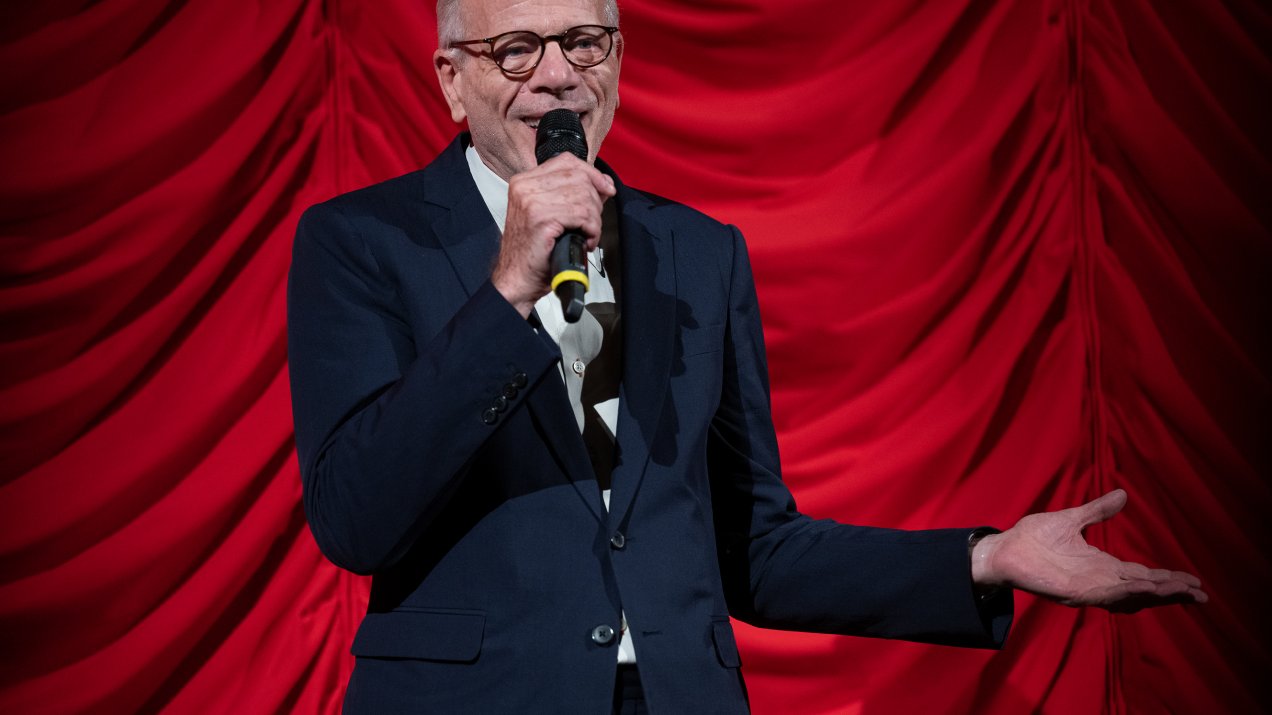 The only safe thing
is to take a chance 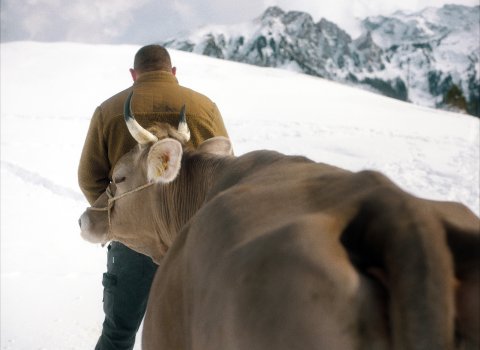 Marco and Anne are a young couple living in a remote Swiss village. He is an outsider, coming from the flatlands to help out at a farm, she is a divorced bartender with a young daughter and thus a sort of outcast according to local moral standards. Their love story is passionate and simple. Suddenly Marco’s behavior starts to change due to a illness, beginning a journey that will test their love and pull at the entire fabric that keeps the small community together. Masterfully interpreted by a non-professional cast, DRII WINTER is a powerful tale, punctuated by a choir and observed with the calm ineluctability of fate. But if its structure is reminiscent of a classical tragedy, its story remains very contemporary: that of a community that can no longer connect with its land. Marco seems the only one capable of bonding with nature, of listening to it, while everybody else (including the crew of a Bollywood movie) is too focused on exploiting it to see its immense, fragile beauty. The passing of the seasons and the shifts in Marco’s condition mark the calm pace of a film that shows the slow dissolution of a community beneath the impassive majesty of the mountains. (Rebecca De Pas) 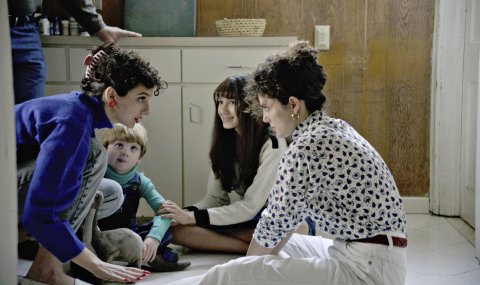 An unconventional autobiography, THE CATHEDRAL presents the complex tapestry of conflict-filled family relationships that will shape the life and future filmmaking career of Jesse, a kid growing up in New York from the 1980s to the mid-2000s. Using an unidentified female voice as the narrator, the film shows us the life of Jesse and his family at different stages like the chapters of a novel. D’Ambrose is one of those filmmakers whose style can be described as unique: the way he frames each scene, the editing, the acting and the structure of his films are very idiosyncratic and personal. Apart from very specific vignettes, he uses photos, newsreels and TV commercials to convey the world as Jesse experiences it as he grows up. At the same time, the film is fundamentally a biography of his problematic father, but also of his mother, stepfathers, uncles, aunts, grandparents and great-grandparents – the twisted “cathedral” that built the young man that Jesse would become. A structurally ambitious, strangely evocative and Bressonian anti-BOYHOOD, this is a coming-of-age tale for those who can’t wait to get away from home. (Diego Lerer) 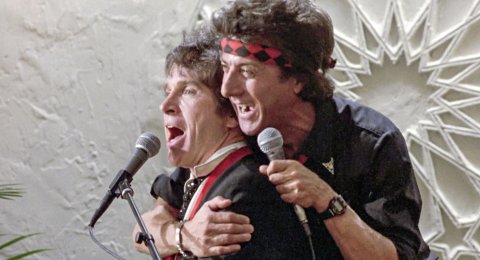 In contrast to the relative timelessness of Elaine May’s first three features, ISHTAR is a satirical farce plainly grounded in the era of Ronald Reagan, where a peace settlement between a North African dictator and his rebellious populace can be negotiated by a cynical American show-biz agent on behalf of his talentless songwriter clients. These are Warren Beatty and Dustin Hoffman, cast against type as a gauche Texan without sexual confidence and a self-styled stud calling himself “The Hawk”. Yet the most striking thing about the disastrous U.S. reception of this comedy was the blindness of its audience to the political target being skewered – American stupidity in the Middle East, whether innocent (Beatty and Hoffman) or corrupt (Charles Grodin’s CIA agent), years before our dimwitted American assaults on Kuwait, Iraq and Afghanistan yielded so much bad music of their own. May’s unique capacity to make all her monstrous characters (including Adjani’s “leftist” rebel) weirdly lovable is what keeps this movie tender even when its ridicule is at its most corrosive. And the fact that May, Beatty and Hoffman all collaborated with Paul Williams on composing their awful/wonderful songs only proves the extent to which competitive team spirit prevails. (Jonathan Rosenbaum) 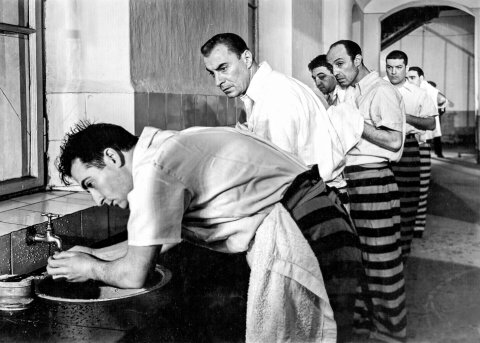 The script combines two criminal events that had just been added to Argentina’s police records: one had been committed by an employee who stole money from an insurance company and happily went to jail knowing that the maximum prison sentence was not proportional to the amount stolen; the other involved a terrorist group that had escaped from prison by digging a tunnel.
The film was an instant classic of Argentine noir that was praised for the performance of young lead actor Jorge Salcedo, for the extensive use of real locations and, above all, for the expert handling of the suspense that began to be one of Fregonese’s trademarks. The escape sequence has all the classical elements to be appropriately intense, but Fregonese truly hits his stride in the scene that describes the employee’s swindle from his own point of view, step by step and with minimum dialogue. The success of the film won Fregonese his entrance to Hollywood, where he remained several years and worked with stars like Gary Cooper, Barbara Stanwyck, Jack Palance, Edward G. Robinson, James Mason, Joel McCrea and many others. 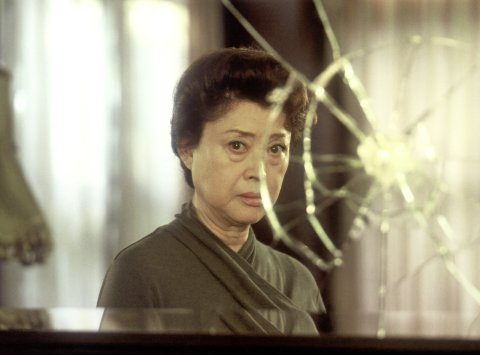 With lucidity and simplicity, Yoshida’s last film to date constructs an almost hypothetical existence for its characters, who are all obsessed with memory and identity. The answer to the central question of the plot – is the amnesiac Masako (Tanaka Yoshiko) really the daughter of Ai (Okada Mariko) and the mother of Natsuki (Isshiki Sae)? – hardly matters. The enigma only serves as a pretext to enable WOMEN IN THE MIRROR to travel on a journey back and forth in time, across a forest of symbols. As repeated phrases of dialogue keep reestablishing the same handful of themes, Yoshida’s elegant frames emphasize that the characters occupy the spaces of the film only temporarily and will shortly disappear. The film itself is like the cracked mirror that is one of its keynote images: a flat surface, reflecting human lives caught within the pitiless glare of time. The cracks in the surface are the external signs of the hidden wounds that the characters nurse in secret – wounds that raise their lives to the level of mythology, where they mingle with other myths: of nation, of creation and destruction. (Chris Fujiwara)

WHAT IS HAPPENING AT THE VIENNALE CLUB TODAY?

The horror of dinner parties, with Joanna Hogg