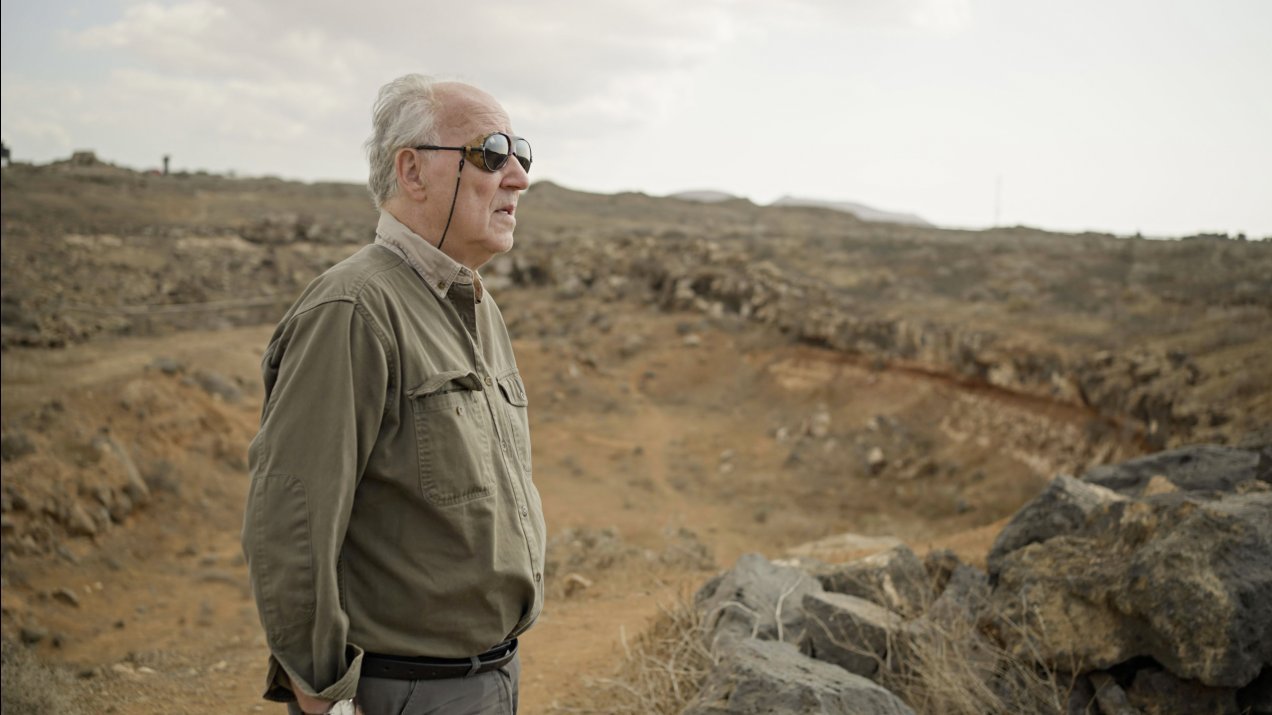 "Cinema comes from the smallest things"

"Cinema comes from the smallest things"

Did you know that Werner Herzog applied for a space mission? - And was rejected because "you must not have substitute teeth when you want to go to space", he explains in the talk with Alexandra Zawia. At the Viennale he is presenting three new films and surprisingly revealed how he imagines his funeral.

Herzog: Yes, let’s do it in English.

Yesterday night, I was rewatching one of the three films you are presenting at this year’s Viennale, RADICAL DREAMER, a documentary about yourself. Because it was so late, I fell asleep. But suddenly, I heard your voice, saying: “You will wake up again, as I am counting to three: One, two….”, and I woke up again. Baffled, I looked at the screen in front of me and the film was just showing a scene from “Heart of Glass”, when you were hypnotizing one of the actors at that time. So … I wanted to tell you it still works.

Herzog:  That’s indeed very interesting.  However, it doesn’t surprise me, I know it really works. For that film, I wanted everybody to move and speak in trance, and why would I be interested in having them act as if?

How do you know something is real?

The grappling with that question is one consistency in your work though I actually don’t see how we could even start discussing your work during the short time we have for this talk.

Herzog: People tell me, I am this mythical figure in a lifetime. I cannot relate to that. Sometimes I do have the feeling that all has been said, regarding my work and regarding myself. But I don’t stop, I can’t stop. When I die, they will have to carry me away with my feet still trying to walk. Because, you know, only when you’re walking, you can pay attention to the smallest things. Cinema comes from the smallest things. Reality or dreams cannot be calculated. The only way to confront them is directly, with no protection in between, no shield, no shoes, by walking.

How do you imagine your funeral?

Herzog: On the top of a mountain, with music and a lot of people, women, children, celebrating.

In RADICAL DREAMER you talk about dreams being a way of thinking about things that haven’t been articulated yet. Please tell me something about the ideas you haven’t realized yet.

Herzog: I will tell you something now: I applied for a space mission, but I was rejected.

What was that about? Did you want to fly to the moon?

Herzog: I cannot tell you any details, just that much: They have taken pigs and monkeys to space, but never a poet. But, turns out, I am too old. Also, one requirement is to have healthy teeth, no substitutes. But many of my teeth have been smashed in in the course of my life, so that’s another reason why I was rejected.

How were they smashed in?

An “old” quote, so to say, of yours is that the main source of your work is “pain”. Is that still valid?

Herzog: No! No, no, no, I said that almost 60 years ago, and it has been an eternal spin. But it is not accurate. My true source of inspiration and creativity is awe. Wondering, astonishment, amazement. That’s what it is.

You have said very often, that you are driven by the search for the “entirely original” image, an image that has never been created before. Would you say you’ve found it?

Herzog: Every image has probably been dreamt before, by someone. But I can say that when I saw the images provided by the footage of Maurice and Katia Krafft for the first time, I had the feeling that I found it.

You are talking about THE FIRE WITHIN: A REQUIEM FOR KATIA AND MAURICE KRAFFT, another one of the three films you are presenting, about the legendary volcanologists.

Herzog: That’s right. Incredible images nobody has ever seen before. Stemming from the intestines of the earth, raw, wild, tender, too, just beautiful and moving. I was allowed and able to bring them to light. It made me happy to do so.

Herzog: Of course, yes. Ethics are invaluable, especially when we talk about cinema.

Very much so in the context of manipulation, too.

Herzog: No. I am also not interested in pushing them or crossing them. Boundaries don’t exist as such, should not exist as such. They are somebody’s construct. However, not mine.

In the third film you are showing here at the Viennale this year, you are exploring the THEATER OF THOUGHT, the human brains, by talking to several scientists. At the end of the film you arrive at the conclusion that none of them was able to explain to you what consciousness is …

Herzog: … or even a thought. Nobody can explain it.

However, there is a big effort in developing ways to control thinking and to make thoughts visible …

In “The Twilight World”, a novel you published earlier this year, you are narrating the story of Hiroo Onoda, a Japanese soldier, who continued fighting a guerrilla war for decades past the end of WWII.

Herzog: That’s right. As Japanese troops pulled out of the Philippines, Onoda was given orders to “hold the island until the Imperial Army’s return.” So he did and constructed a reality of his own, making it possible for him to cling to his conviction that the war was still going on. He was looking for affirmations for this reality, interpreting several “signs” throughout the years, in favor of this constructed reality. A plane flying by, things like that. He was convinced that this dream of his was reality, and so, to him, it was.

That reminds me of people who are falling for conspiracy theories, especially again nowadays.

Herzog: Yes, absolutely. We never know which sect we are belonging to as soon as we believe something.

Is believing never an option?

Herzog: I look, I ask, I learn, I wonder, I’m astonished, I think, I dream. I haven’t arrived at belief yet. Who has ghostwritten our stories? That is the remaining question.

For the Viennale: Alexandra Zawia