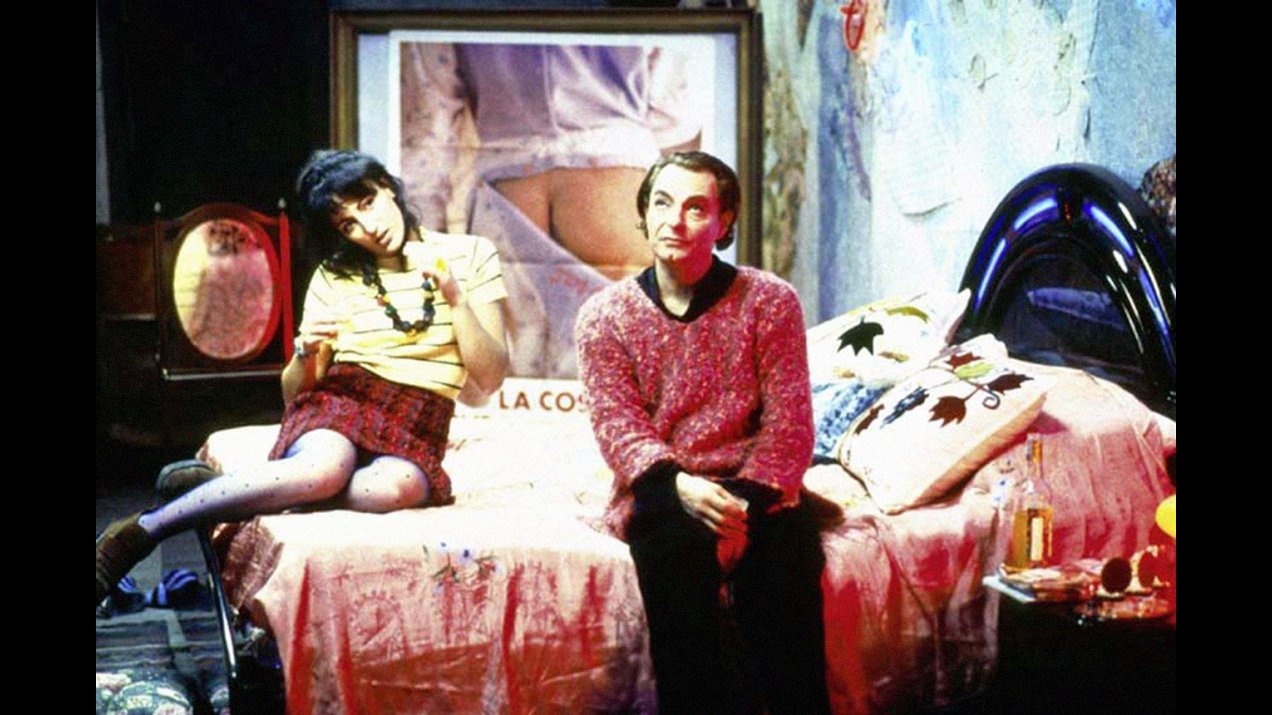 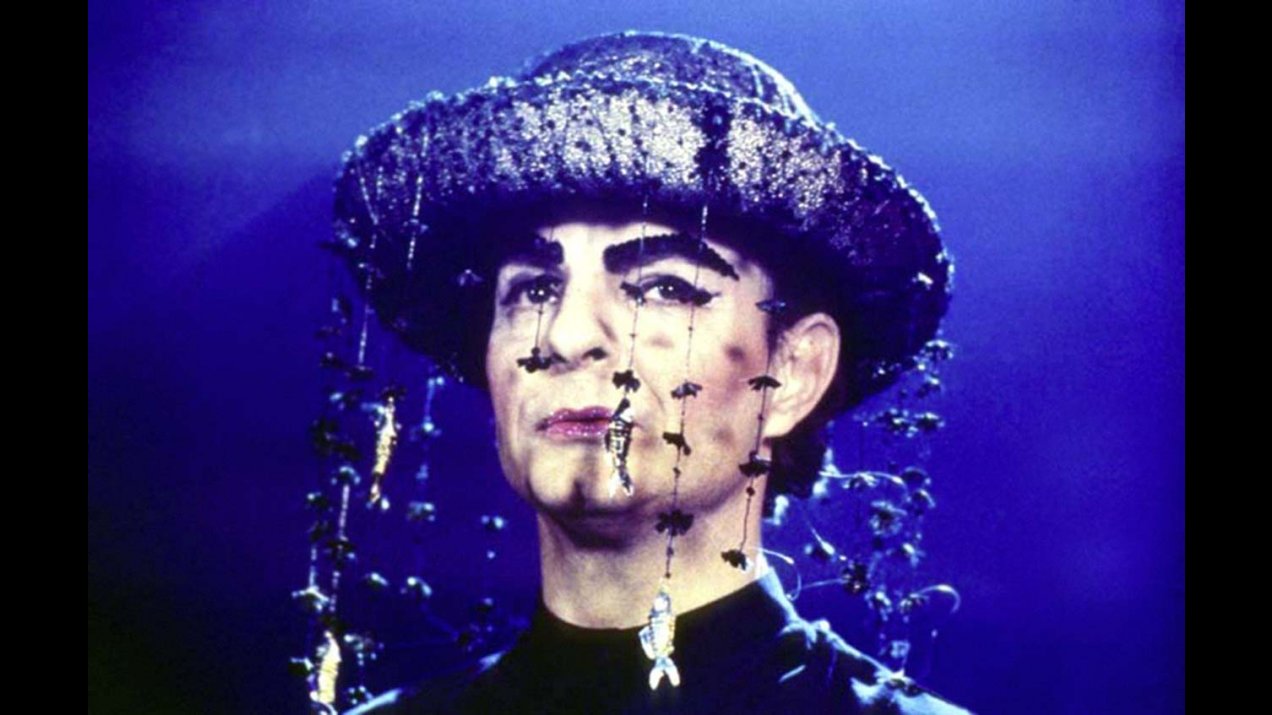 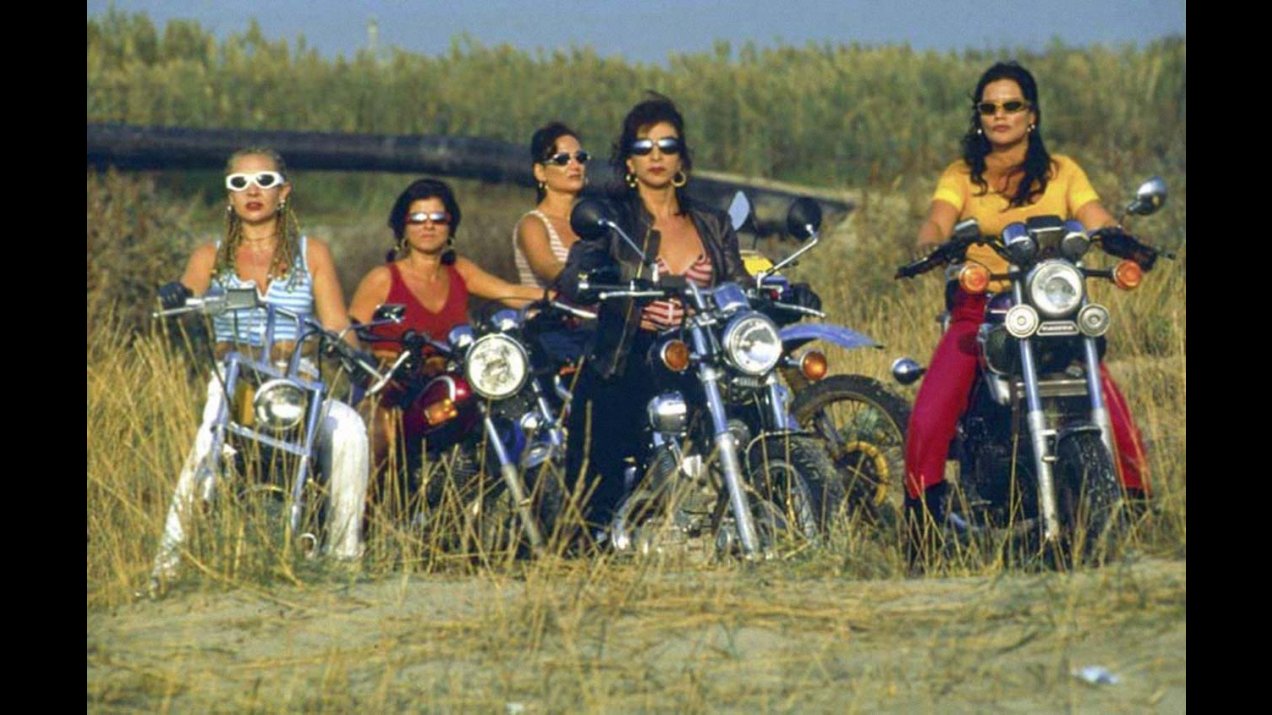 I VESUVIANI is an anthology film offering a host of different visions – a quintet of fairytale visions of Naples by five of the city’s most accomplished filmmakers: firstly, Pappi Corsicato’s LA STIRPE DI IANA concerns a tale of kidnapping and a group of modern-day warrior women on motorcycles, all named after Italian soap-powder brands; Antonietta de Lillo’s MARUZELLA centers on a maudlin, aging transvestite who lives above a porn theater and provides arcane services to her patrons until an encounter with a romantically jaded woman changes her life; Antonio Capuano’s SOFIALORÉN is a surrealistic tale about a poor fisherman and his beloved squid that turns into a beautiful woman at night; Stefano Incerti’s IL DIAVOLO NELLA BOTTIGLIA is a moral tale of covetousness and comeuppance; and finally, Mario Martone’s LA SALITA follows the mayor of Naples as he schleps up Mt. Vesuvias, on the way meeting emblematic figures, and pondering the somewhat muddled mission of “the left” in the current political climate. 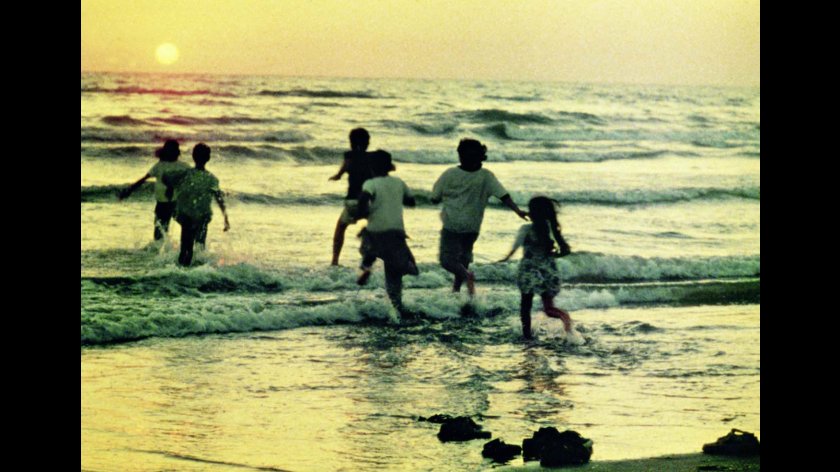 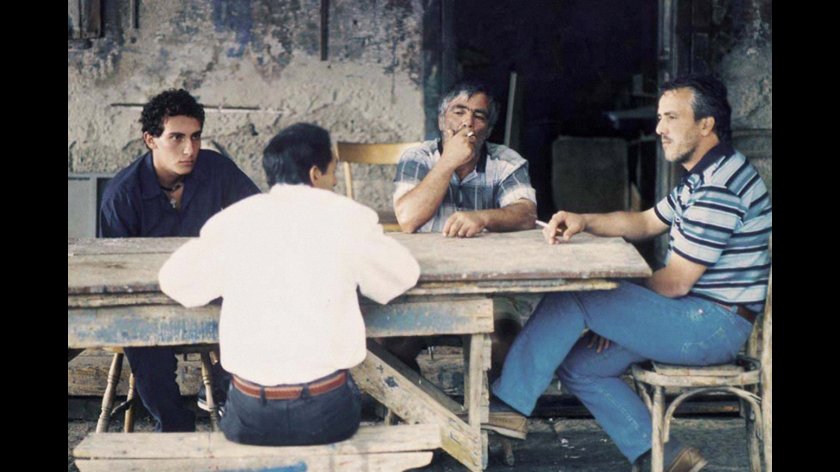 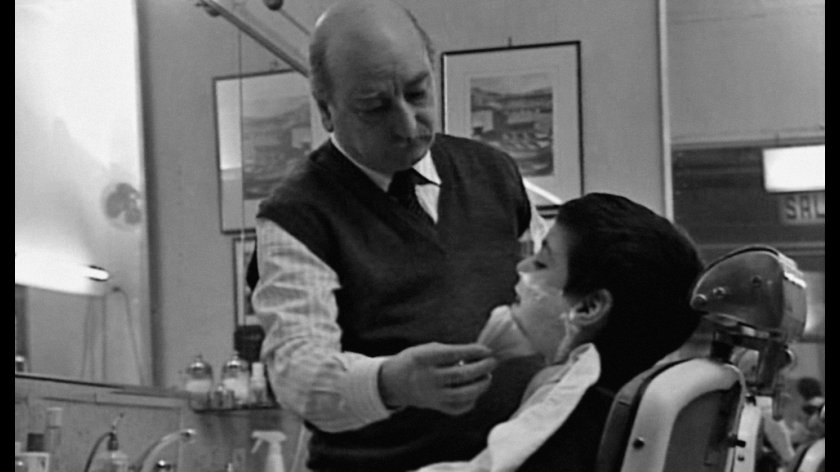