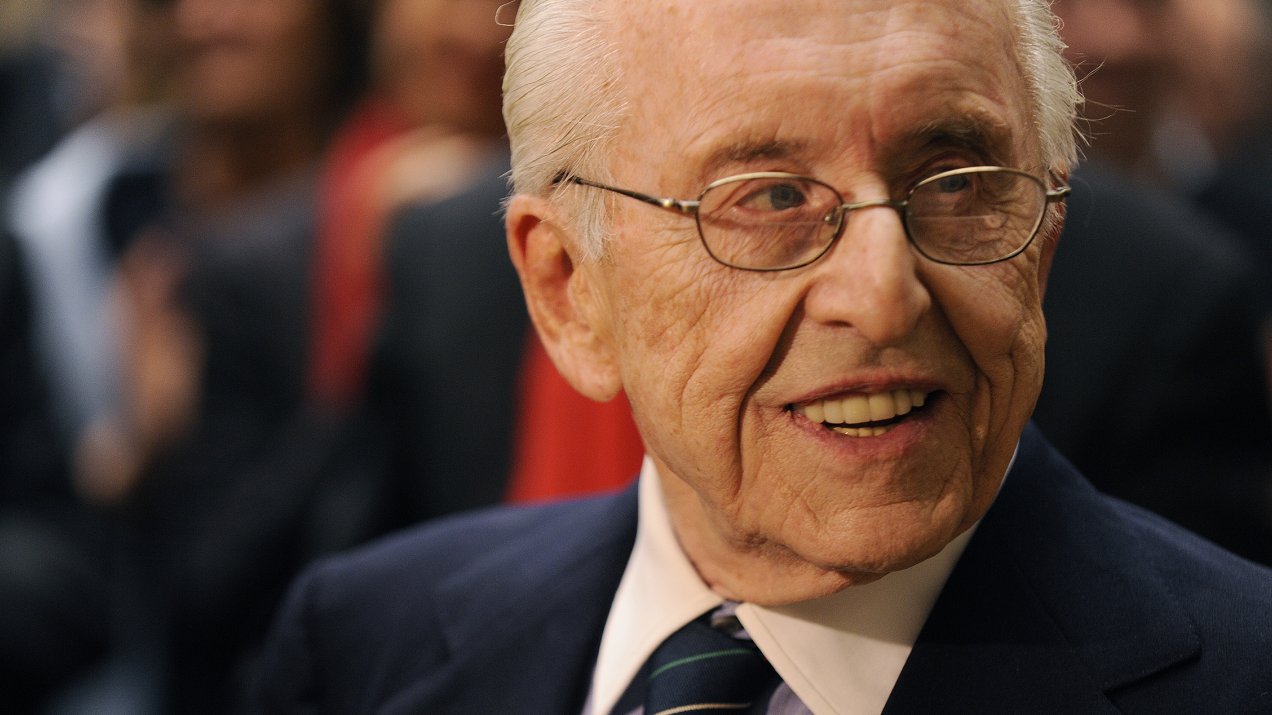 In deep sorrow we announce the death of our dear President Eric Pleskow, who passed away on Tuesday, October 1, 2019.
His death is a great loss for all of us. Eric had a fulfilled and long life and we appreciated him as a longtime friend and companion of our festival. As president and patron of the Viennale, he has always carried us with his humor and foresight.

He will be missed deeply.

We express our sincere condolences and heartfelt sympathy to his family.
The Team of the Viennale

Eric Pleskow was born in Vienna in April 1924. Three days before the outbreak of war, he fled with his family and nothing but ten Reichsmark in his pocket via France to the United States. A coincidence catapulted him into the film business, and the Second World War took the then-21-year-old to Munich as a US soldier. There, General McClure entrusted him with the management of the Bavaria Film Studios. He then worked his way up from European sales manager for United Artists to president of this well-known film studio. From 1973 to 1978 he was the first European after Charlie Chaplin to successfully head United Artists. Following its takeover by Transamerica, he founded Orion Pictures and became one of the most successful men in the American film industry.

In 1998, Eric Pleskow became president of the Viennale, a position he filled with verve and great passion. He had been an honorary citizen of the City of Vienna since 2007, and a new cinema hall in the Metro Kinokulturhaus was named after him. Eighty years after being forced to leave Vienna, he had reconciled with his native town. On April 24 2019, Eric Pleskow celebrated his 95th birthday.

Essay and Photogallery about Eric Pleskow