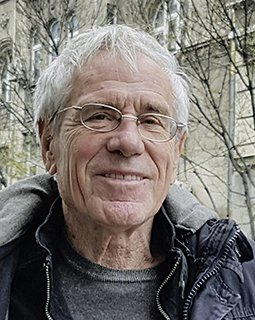 Želimir Žilnik is a film maker from Novi Sad, Serbia. After filming several socially engaged and critical documentaries, his first feature film Early Works brought him a Berlin Festival Grand Prix, and much troubles with the authorities of the former Yugoslavia, resulting in several years of forced Gastarbeiter stay in West Germany. Later he worked as an independent on his docu-dramas. Even under the UN sanctions and pressures of the Milosevic regime he has continued to make low budget films: with Tito's Second Time Among the Serbs (1994) and Marble Ass (1994) Žilnik helped in initiating  video and television production for the most radical media outlet in Yugoslavia at that time - B 92 in Belgrade. His recent projects all deal with the post-transition dilemmas and destinies of common people from Central and Eastern Europe.
Films (selection): NEWSREEL ON VILLAGE YOUTH, IN WINTER (1967, K), THE UN- EMPLOYED (1968, K), JUNE TURMOIL (1969, K), BLACK FILM (1971, K), THE WOMEN ARE COMING (1972), VERA AND ERŽIKA (1981), THE FIRST TRIMESTER OF PAVLE HROMIŠ (1983), STANIMIR DESCENDING (1984), THE SECOND GENERATION (1984), GOOD MORNING BELGRADE (1985), MARBLE ASS (1995), KENEDI GOES BACK HOME (2003), EUROPE NEXT DOOR (2005), OUR MAN IN GABON (2014), LOGBOOK SERBISTAN (2015), THE MOST BEAUTIFUL COUNTRY IN THE WORLD (2018), AMONG THE PEOPLE: LIFE & ACTING (2018)