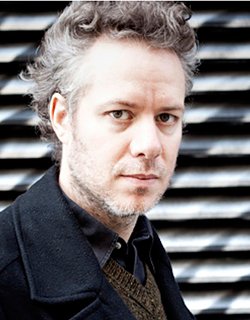 With just three full-length feature films and a handful of short works, Uruguayan director Federico Veiroj has managed to compile an altogether distinctive, fascinating cinematographic oeuvre within just a few years. Born and raised in Montevideo, Veiroj belongs to a small group of cinephiles whose home was the local Cinémathèque, a place that - not by coincidence - plays a central role in Veiroj’s second film, LA VIDA ÚTIL. But to Veiroj his all-encompassing, well-informed love of cinema is anything but a cineastic end in itself. It is, rather, the source of independent, often funny and mechanical, but also extremely lively and witty film narrative; narrative about a knot of contradictions we get ourselves entangled in trying to invent a useful and successful life of our own. Be it the 13-year-old, confused and premature Jewish teenager Bregman in ACNÉ (2007), the jobless cinema operator Jorge in LA VIDA ÚTIL (2010), who wakes up to life from the Cinémathèque; or 35-year-old Tamayo in Veiroj’s recent film EL APÓSTATA (2015), a whimsical, stubborn Don Quijote fighting the church, the family and authority as a whole: In Veiroj’s wonderfully subtle cineastic work these are brothers in arms struggling for a meaningful, happy life - unusual figures and witnesses of old-fashioned yet utopian cinema; for the first time on show in its entirety at the forthcoming Viennale. Films (selection): 31 DE DICIEMBRE (1996, short), TOO MUCH DIVING (2000, short), 50 AÑOS DE CINEMATECA URUGUAYA (2003, short), ACNÉ (2008), LA VIDA ÚTIL (2010), EL APÓSTATA (2015), BELMONTE (2018).