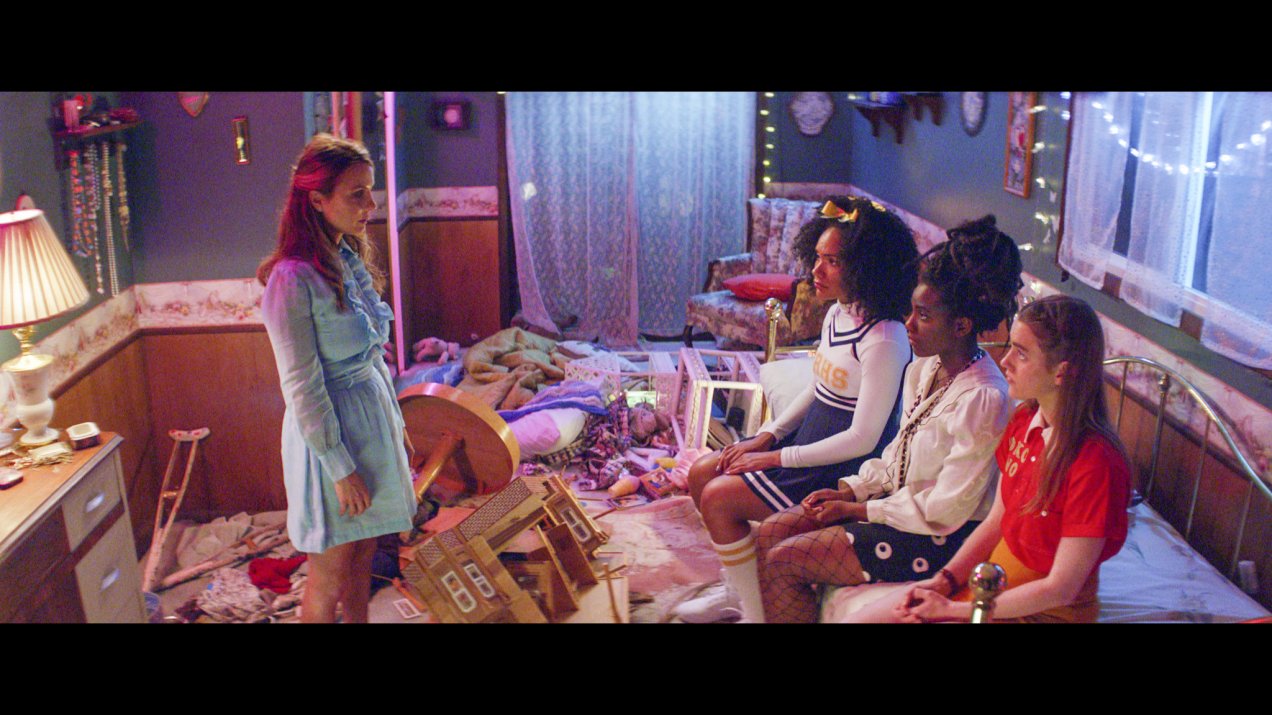 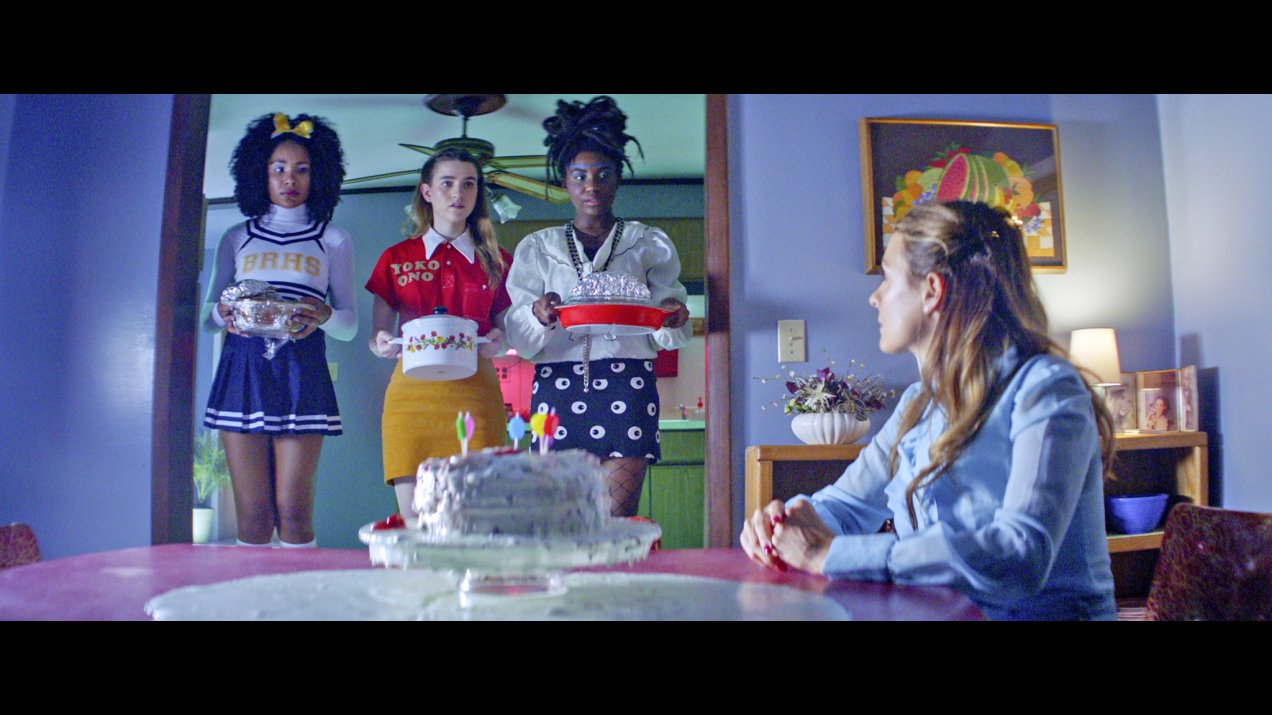 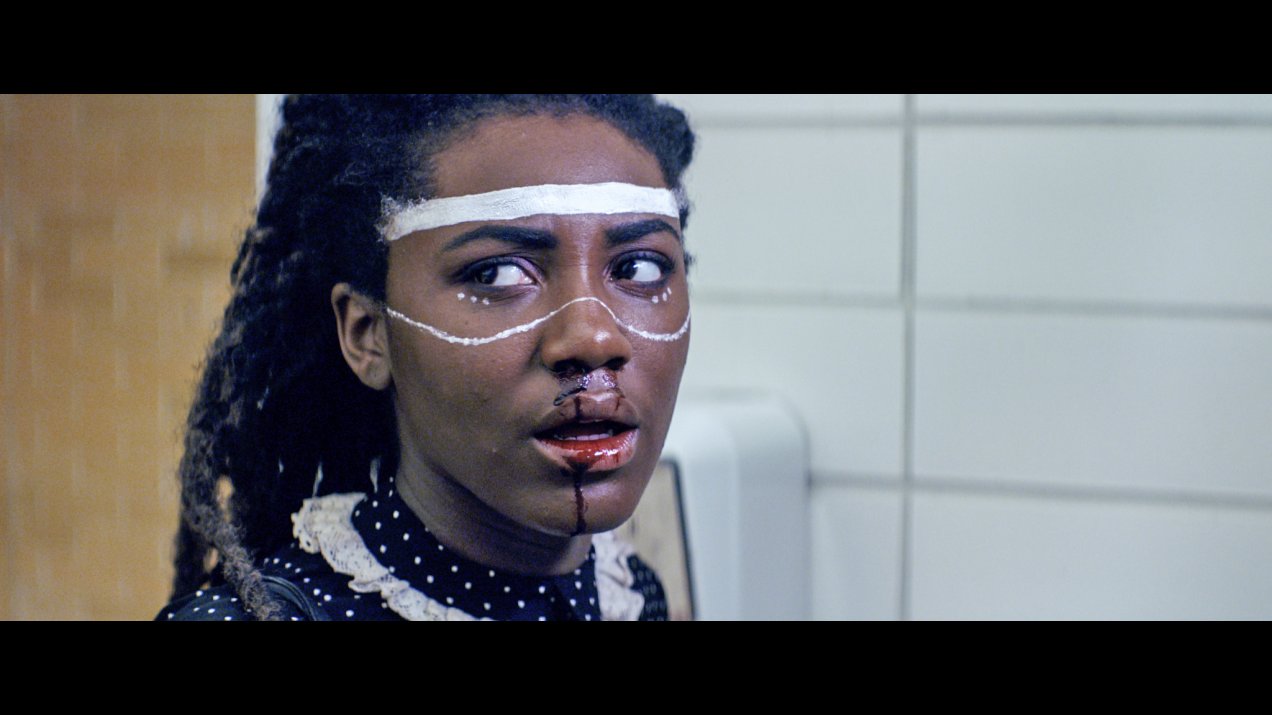 At least since RIVER’S EDGE in 1986, popular cinema and TV have been obsessed with the figure of the mysterious “dead girl”, murdered or missing. But in Jennifer Reeder’s KNIVES AND SKIN, this teenage girl, Carolyn, is never entirely dead: she’s there in the woods unnoticed, she rolls with the breeze, she even sings. Her death may be accidental, but it’s still traumatic for her and for everyone in her community: friends, adults, cops, teachers. Defiantly punk-goth surrealistic, anti-naturalistic, and queer in most details (especially the lurid colours and the 1980s pop songs delivered as a cappella ballads), the film depicts a carnivalesque, inverted world: the most apparently “alienated” kids have the deepest insights and most intimate connections, while the parents flounder in their static neuroses, perversities, and compulsions.
​Marking a transition from her acclaimed short films to a feature, Reeder plays with our traditional narrative expectations of psychological development, certainty, and closure. For once, we are truly invited into the inner minds and feelings of (especially female) teenagers, where everything has a different rhythm, a finer morality, and a new meaning. (Adrian Martin)

In the presence of Jennifer Reeder. 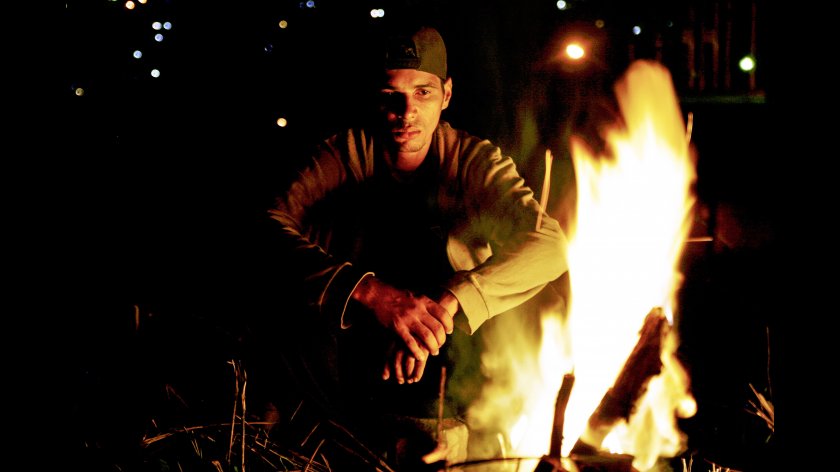 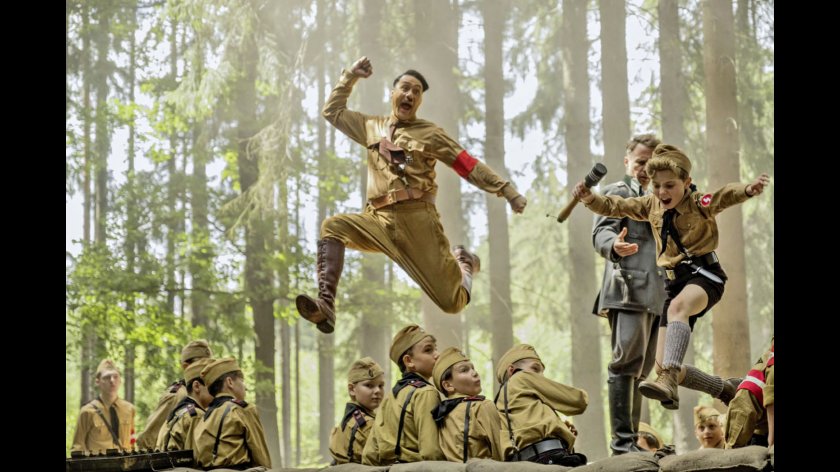 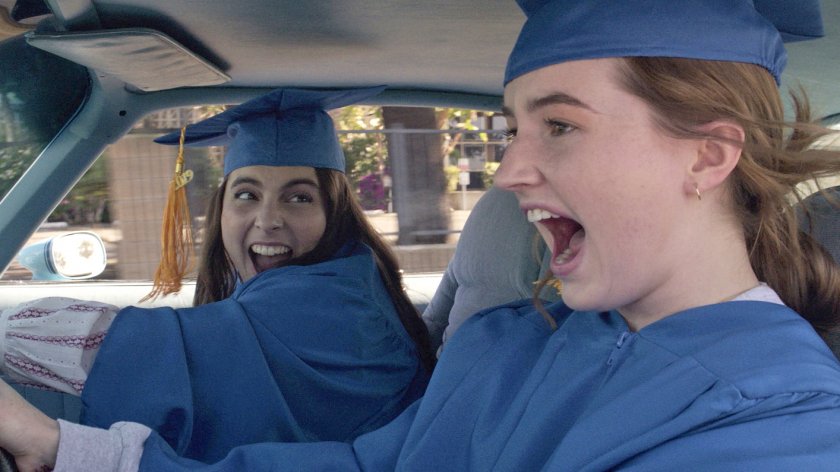