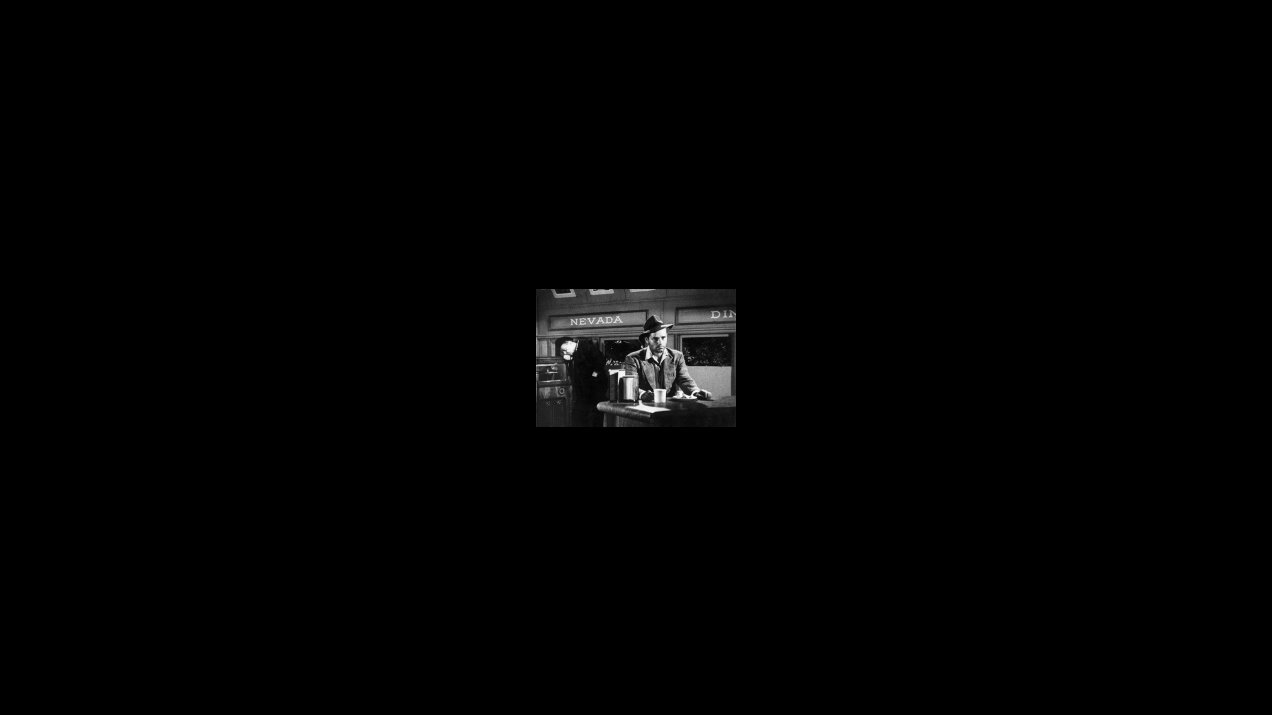 What to us had been film music, divides into two parts, the saxophone player who is in the film and the musicians playing the other instruments, who remain outside the film. Now, we listen to the saxophone player that before we had only heard, when we only heard the music the saxophone played, without thinking about the person who played it. This happens seventeen seconds after the saxophone began, an appreciable length of time on the screen, during which time we had thought the saxophone was a part of the film music, so our understanding that suddenly the saxophone player is in the film must be retroactive. We never see him. Perhaps he's in the apartment next door, perhaps he's in the next building, we will never know. But he's in the film, just as Roberts is. Our suddenly having to adjust to this set of facts produces its shock. This shock is made all the greater by the contrast between the music in this scene and the scene that precedes it. Roberts and Vera have just entered the apartment she has rented.
During the dissolve that joins the shot of them walking away from the desk in the lobby to them in the apartment, film music played by strings dies away and a saxophone begins, playing the opening notes of «There's No Place Like Home». The music's being recognizable is contrary to the customary generic character of film music, and it anticipates Vera's sarcastic remark, «Home, sweet home», spoken while the saxophone is playing the phrase, which breaks off after seven notes. But it's not as if Vera hears the melody and delivers her line in response to it. Even though the melody's being recognizable calls attention to the music as film music ordinarily does not, the saxophone starts as film music and remains so. We accept the music's anticipation of Vera's line as an expression of the liberty that we know the makers of the film had to create such a relationship. When the saxophone enters in the next scene, the scene I describe above, we can only assume that Roberts and Vera don't hear it, just they didn't in the previous scene. And we are certainly less aware of the saxophone than we were in the previous scene, because the melody, if we can even call it that, is not recognizable but generic, as film usually is.