12 days, 313 screenings, 119 film guests from all over the world, extraordinarly high interest in the documentary film program and the short films, great attendance at the Peter Whitehead Tribute and the Retrospective Demy/Varda, as well as a repeatedly filled Uranie rooftop at the Viennale Zentrale with a lot of discussions and party nights - this was the Viennale 2006! 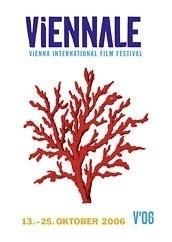 MAIN PROGRAM
The Viennale 2006 is again drawing a very positive and successful balance this year. With 88,900 visitors, more people than ever before have attended the film festival. For comparison: last year’s figure was 86,200. Of the total of 313 screenings 114 were sold out.
Especially outstanding and by now doubtlessly a specificity of the Viennese film festival is the extraordinary high audience interest in the comprehensive documentary film program. With a final ratio of 79.40% the documentary film program could catch up to the figures of the Viennale feature film program for the first time this year.
The situation is similar regarding short films. This near-balance of interest in the most diverse forms and formats of cinema proves the great curiosity and openness the visitors of the Viennale are bringing along.
Within the series of Austrian documentaries, which were numerously represented at this year’s Viennale, practically all screenings and second screenings were completely sold out. This again proves the lively interest for local cinema within the framework of the festival. 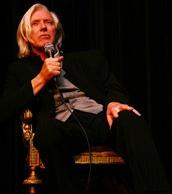 TRIBUTES & SPECIAL PROGRAMS Among the Tributes and Special Programs of the Viennale 2006 the tribute to Peter Whitehead, as well as the birthday special for Elfriede Jelinek with the author’s selection of her favourite films were especially successful.
Yet, the tribute “Sisters Act” and some of the films on the big screen of the Gartenbau Cinema - Gone with the Wind, Night of the Hunter, or Cobra Woman – fell a bit short of the festival’s expectations. RETROSPECTIVE - DEMY / VARDA

A highlight of the Viennale was certainly the yearly Retrospective, presented in cooperation with the Austrian Filmmuseum and dedicated to the French filmmaker couple Jacques Demy and Agnès Varda. With its 4,500 visitors it was one of the most successful retrospectives of the past years.

A director lighting a cigarette, a candle-lit room, and a work place in front of a computer screen. The words “tonight, I stop smoking” can be made out on the monitor. An ironic final ceremony for a vice that has long accompanied one? The pan to the drawer, which holds a revolver, instantly extends the situation to a far more comprehensive act of annihilation. A shot rents the course of events. This is not an effect of the story, but the experience of death as a radical subjective means of withdrawal. A sensation characteristic of this turbulent world that Carax explores in his films. 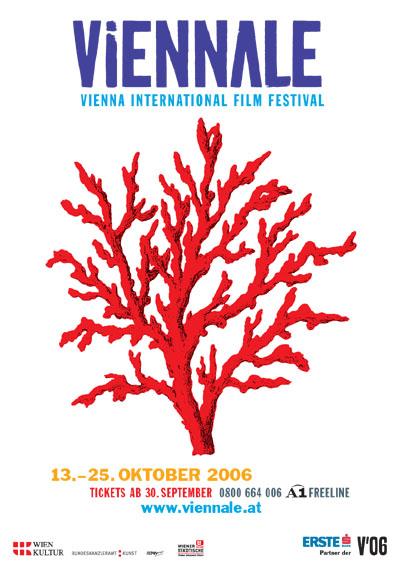 119 film makers and actors visited the VIENNALE 2006; presenting their screenings followed by a Q&A. Among them were:

KENNETH ANGER
Kenneth Anger, born 1927, began making films around age 11, but his early films were mostly destroyed. His first film to see distribution was Fireworks, filmed in Los Angeles in 1947. Most of his films are short subject (ranging from 3.5 minutes to 30 minutes) mood pieces.
During the late 60's he associated with The Rolling Stones, Mick Jagger and convicted first degree murderer Bobby Beausoleil of the Charles Manson gang who starred in Anger's 1969 film Invocation Of My Demon Brother which was soundtracked by Mick Jagger on Moog synthesizer.
Further films (selection): Who Has Been Rocking My Dreamboat (1941), Inauguration of the Pleasure Dome (1954, recut in 1966), Scorpio Rising (1963), Rabbit's Moon (1972) The Man We Want to Hang (2002).

VIVA
Viva was born Janet Susan Mary Hoffmann in 1938 in Syracuse, NY. Actress, writer and former Warhol superstar. Conservative, catholic background. Was given the name Viva by Andy Warhol before the release of her first film with him. She appeared in several of Warhol's films and was a frequent guest at The Factory. After Viva began making films for other directors she also began writing. Her first book, Superstar, was an insider’s look at the Factory scene, a partly fictional autobiographical account of her time there. With her husband Michel Auder, she was one of the early pioneers in video art. She lives in Malibu, California, where she paints landscapes.
Films (selection): Bike Boy (Warhol 1967, VIENNALE 05), Blue Movie (Warhol 1969, VIENNALE 05), Midnight Cowboy (1969), Lions Love (1969), Play It Again, Sam (1972), The State of the Things (1982), Paris, Texas (1984).

PETER WHITEHEAD Whitehead was born in 1937 in Liverpool. After studying physics and crystallography at Cambridge University he won a scholarship to the Slade School of Art as a painter. Instead of painting, he chose the medium of film.
Between 1965 and 1969 Whitehead made five movies, beginning with the documentary that effectively launched his film career: Wholly Communion, about an historic counter-cultural event in the Royal Albert Hall on June 11, 1965 where an audience of 7,000 witnessed the first meeting of American and English Beat poets.
It was on the basis of this film that Whitehead was approached by the manager of the Rolling Stones to film the group on tour in Dublin and Belfast. Charlie is my Darling was the outcome. And it was the subsequent promo films he made for the Stones that mark the real birth of the "music video".
In the late 1970s Whitehead gave up film-making. He took up falconry. He has also written several works of fiction.
Films (selection): The Perception of Life (1964), Charly Is My Darling: The Rolling Stones on Tour (1965), Tonite Let’s All Make in London (1967), The Fall (1969), Fire In the Water (1977).

In 2006 the Vienna Film Award was awarded to:

In 2006 the FIPRESCI Prize was awarded to:

In 2006 the STANDARD Readers' Jury Award was awarded to: 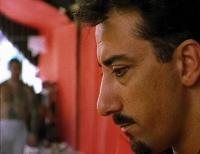 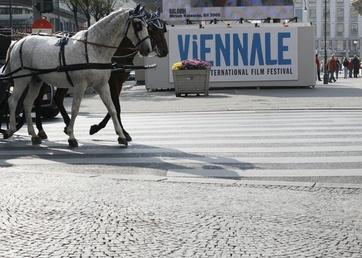 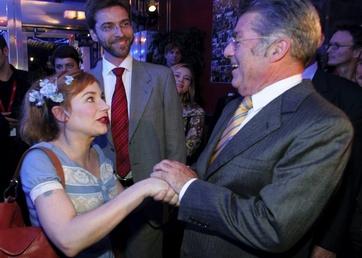 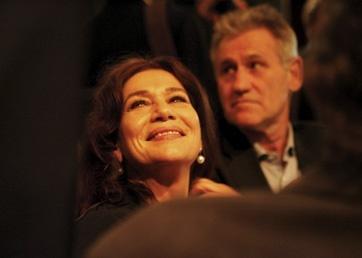 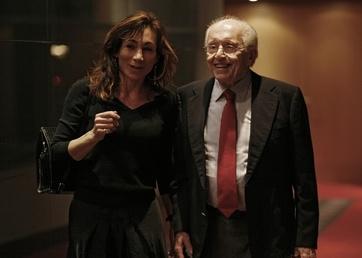 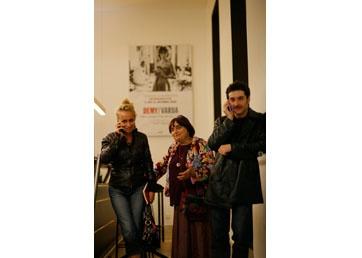 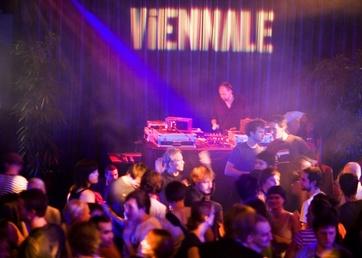 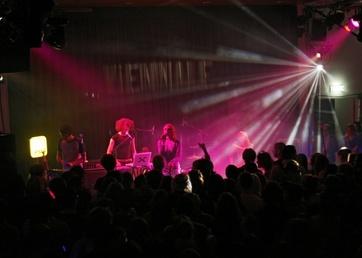 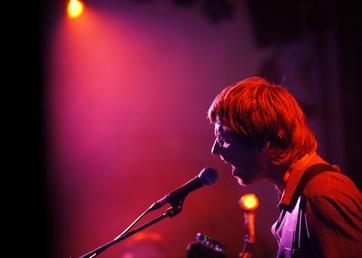 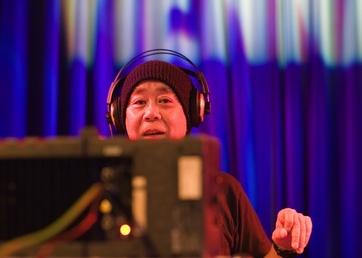 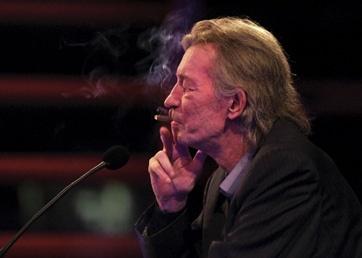 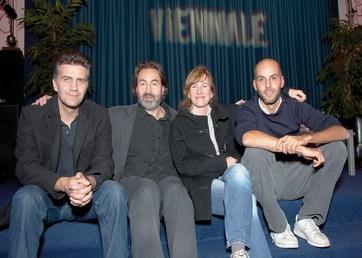 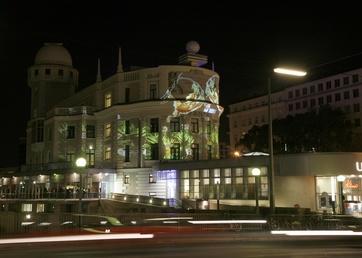 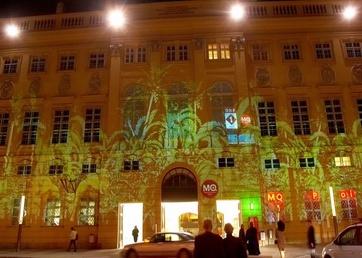 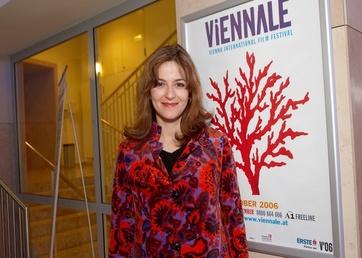 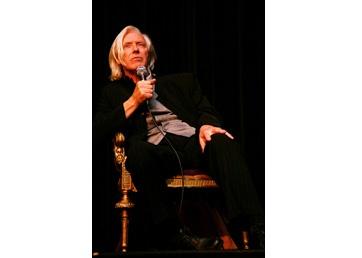 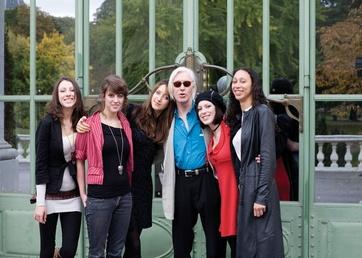 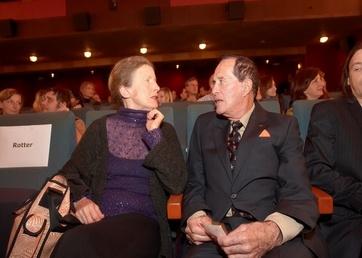 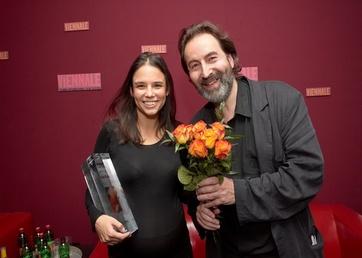 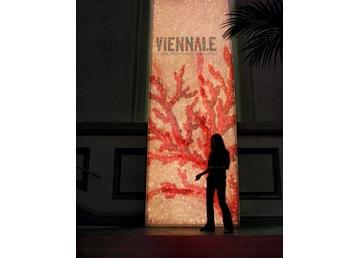 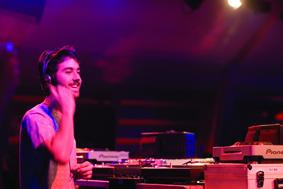 EVENTS ZENTRALE
Again the Viennale Zentrale was situated in the rooftop of the Urania. At nights the Zentrale turned into a party location with DJs like Justus Köhncke, DBH or Tschamba Fii and live acts by Leafcutter John, Soffy O or Urlaub in Polen.
The popular series “Filmmakers at the Turntables” was continued and filmmakers like Raya Martin, Mike Ott, Hiroki Ryuichi or Stefano Savona rocked the Zentrale as DJs. 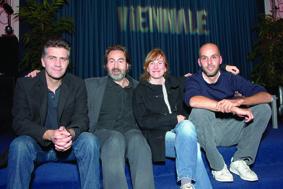 LECTURES AND DISCUSSIONS
During the day the Zentrale was the setting for more philosophical and theoretical affairs. In discussions and lectures guests could debate with actors and directors like Paul Cronin, Valeska Grisebach, Stefan Krohmer, Romuald Karmakar, Ulrich Köhler, Viva or Agnès Varda. The talks with Viva, Kenneth Anger and Peter Whitehead belong to the highlights of the V’06 Zentrale Program. 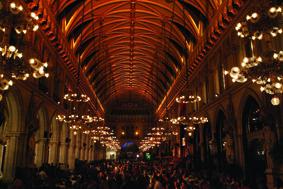 GALAS UND PARTIES
Besides the two main frame events – the opening party at the city hall and the closing party (for the first time at the Palais Auersperg) with over 1000 invited guests each, the popular Lusthausfest took place in the Viennese Prater as every year.
The gala screening of Andera Eckert’s documentary film I’m about Winning. Der Filmtycoon Eric Pleskow in the presence of the director and the Viennale’s president Eric Pleskow was another cinematic and social highlight of the V’06. 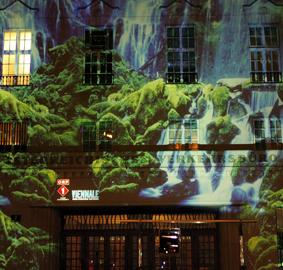 JUNGLE PROJECTIONS The V’06 special "Tales from the Jungle" was a cinematic expedition, dedicated to the motive of the jungle. Through a selection of films dealing with the cinematographic space of the jungle the festival presented the variety of narratives, projections and realities the jungle has evoked in the history of cinema.

The motto of the jungle was amplified by the Austrian art collective Lichttapete ("wallpaper of light") with their impressing light set-ups: a thrilling jungle expedition from the screen into the urban space. During the festival, a selection of buildings in the inner city of Vienna were covered with wildly light sprawling projections and - as part of the jungle special - shined for one night in a new light.