12 days, 305 screenings and a new audience record: we are looking back to an eventful festival with great films, interesting guests and exciting supporting programs… 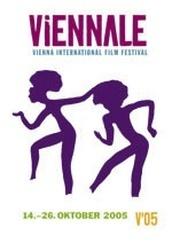 MAIN PROGRAM
All in all, 86,200 film enthusiasts were visiting the Viennale's 5 festival cinemas. Besides some guaranteed box office hits, like the opening film “Matchpoint” by Woody Allen, Miranda July’s “Me And You And Everyone We Know”, which even managed to fill a breakfast screening at 6.30 in the morning, or the new work by the Dardenne brothers “L’Enfant”, and the extraordinary 11-hour Philippine family chronic “Ebolusyon ng Isang Pamilyang Pilipino” by Lav Diaz, a considerate number of those films which can not score with big names like Scorsese or Clooney found great response: for instance, the German-Indian documentary “Between the Lines”, Aoyama Shinji’s “Eli, eli, lema sabachthani?”, or the Moroccan film “L’enfant endormi”.
TRIBUTES & SPECIAL PROGRAMS
Next to the films of the main program, the Special Programs to the Portuguese filmmaker Pedro Costa, the Chinese silent film diva Ruan Lingyu, the proletarian cinema and ORF 3, as well as the Tributes to Buenos Aires and, of course, to cult actress Jane Birkin with a great selection of her films, attracted the Viennale visitors.

RETROSPECTIVE - Andy Warhol Filmmaker Besides his legendary Screen Tests, the comprehensive retrospective to Andy Warhol's filmic work at the Austrian Film Gallery featured a number of films from his time at the Factory.
Accompanying the retrospective, the Viennale presented a series of lectures and discussions with the title “Why Warhol Matters”, dealing with Warhol’s film work, as well as other aspects of the great artist.

The image on the screen flickers unsteadily; the rhythm is unsettling: black/white, black/white, white/black. The film cuts abruptly to a playground. Color appears, sound sets in. Children crawl in the sand, adults watch over them, sitting on benches. It turns abstract. At the end a circle appears on the screen, again flickering strongly, like a beating heart. This is “Incendiary Cinema.” There is no such thing as a nice succession of images; the film is supposed to distress and disturb, and it also aims to create receptivity for images and viewing. It is a small, quite salutary shot before the main film. 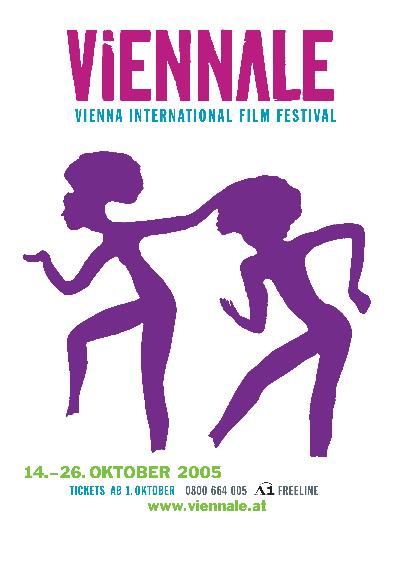 All in all, 95 film guests visited the VIENNALE 2005 who attended their films' screenings and were available for Q&A to the festival audience. A small selection:

JANE BIRKIN
The festival's star guest attended the gala screening of her film "Dust" and enchanted the audience with live concert at the Volkstheater.
Jane Birkin was born in London on December 14th, 1946. As a miniskirted Chelsea girl, Jane embraced the pop excitement of "Swinging London". Following in her mother's footsteps, she made her acting debut at seventeen. With nineteen she married composer John Barry, author of the James Bond 007 theme. After a first movie experience in Richard Lester's “The Knack”, she was hired by Michelangelo Antonioni who was shooting “Blow Up”, which later received the Palme d'Or Award at the Cannes international film festival. Her brief scene, where she appeared naked, created controversy and was the talk of London.
After the failure of marrying too young and the birth of her daughter Kate in 1967, she decided to move to France. Recruited by French filmmaker Pierre Grimblat to star in his movie “Slogan”, she met and subsequently fell in love with her costar Serge Gainsbourg, a popular singer and musician. A fashionable couple on the Paris scene, they made the headlines in 1969 with a artfully disturbing song, “Je t'aime moi non plus”.
In 1981, she left Gainsbourg to live with the French director Jacques Doillon.
Jane Birkin's film career includes almost 100 films by directors like Bertrand Tavernier, Agnès Varda, and Jacques Rivette, playing besides collegues like Romy Schneider, Geraldine Chaplin, Dirk Bogarde, and Peter Ustinov.

DANNY GLOVER
Danny Glover attended the screening of Lars van Trier's new film "Manderlay" in which he plays a side role.
Glover was born on July 22 1946 in San Francisco. After graduating from San Francisco State College he worked as a teacher at the American Conservatory Theatre, where he also took part in a workshop for black actors. He had his first appearance in Don Siegel's Escape from Alcatraz (1979) with Clint Eastwood. In the following years he appeared in a number of less outstanding TV-productions, and also a few movies. His filmography of that time contains Spielberg's The Colour Purple (1985), Peter Weir's Witness (1984), and Lawrence Kasdan's western Silverado (1985). With the big box office hit Leathal Weapon by Richard Donner, Glover reached star status in 1987. Further films (selection): Beloved (Jonathan Demme, 1998), Freedom Song (Phil Alden Robinson, 2000), The Royal Tennenbaums (Wes Anderson, 2001), and Saw (James Wan, 2004).

STANLEY KWAN Stanley Kwan presented his film Changhen ge (China/Hongkong 2005) und Yuen ling-yuk (Hongkong 1991/2005).
He was born in Hong Kong in 1957. Studied Mass Communications Science at Hong Kong’s Baptist College, before working in various positions in television. An assistant director from the early 1980s, he made his directing debut with Women in 1985. His third movie, Rouge, won him international reputation in 1988. Further films (selection): Red Rose, White Rose (1995), Yang +/– Yin: Gender in Chinese Cinema (1996, VIENNALE 96), Still Love You After All (1997).

GERARD MALANGA
The Viennale screened a number of Malanga's film works in connection to the Andy Warhol Retrospective as well as presented a selection of his photographic portraits in an exhibition.
Gerard Malanga, poet, photographer, filmmaker, was born in 1943 and raised in the Bronx, New York, the only child of Italian immigrant parents. He is the author of a dozen books of poetry spanning a nearly 40-year period. He was a major influence on many of the paintings and films in Andy Warhol’s studio, known as the Factory. The "New York Times" called him "Warhol’s most important associate". Besides starring in several Warhol films, he and Andy Warhol collaborated on the nearly 500 individual 3-minute Screen Tests which resulted in a selection for a book of the same name, published by Kulchur Press in 1967. In 1969, he and Warhol founded "Inter/VIEW" magazine. 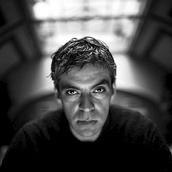 PEDRO COSTA
The Viennale 2005 dedicated a Special Program to the Portuguese filmmaker.
Pedro Costa was born in Lisbon in 1959 He studied film directing and editing at the Lisbon Film School and first worked as assistant director for various Portuguese film productions. At the age of 30, he shot his first feature film, O sangue (1990), a dark family history. With his current cinematic work of three feature films and two documentaries, he ranks among the most radical and obstinate filmmakers of his generation.

In 20 the Vienna Film Award was awarded to:: 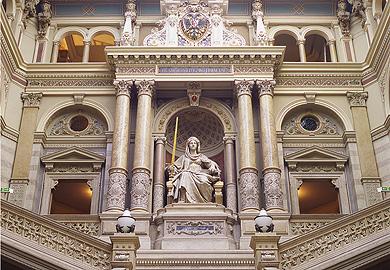 In 2005 the FIPRESCI Prize was awarded to:

In 2005 the Standard Readers' Award was awarded to:

Here you can find a selection of the best photos of the Viennale 2005. 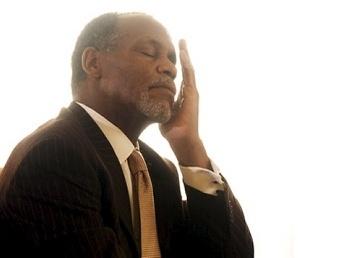 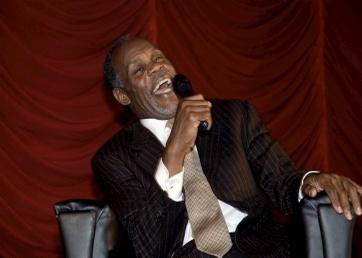 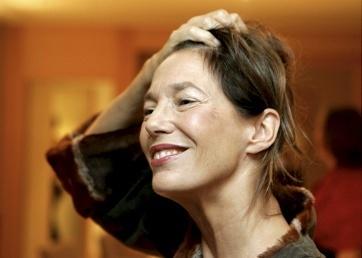 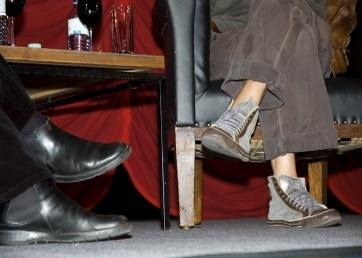 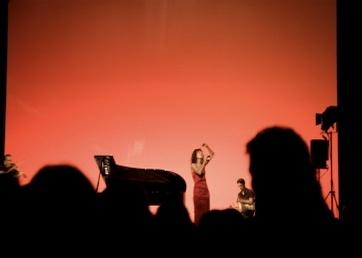 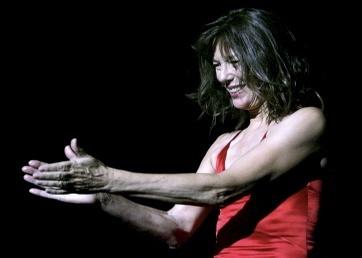 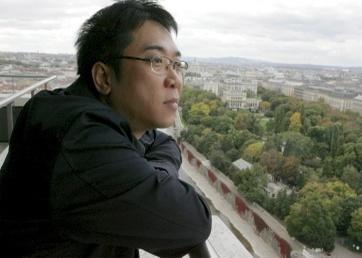 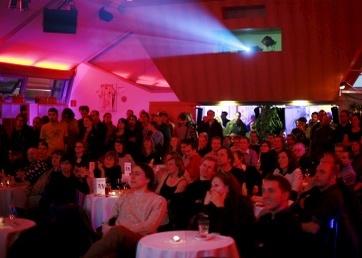 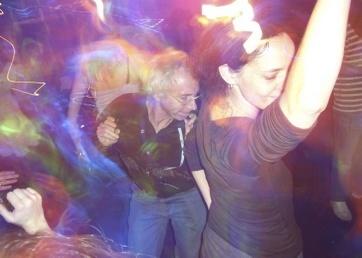 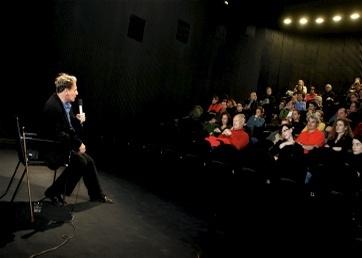 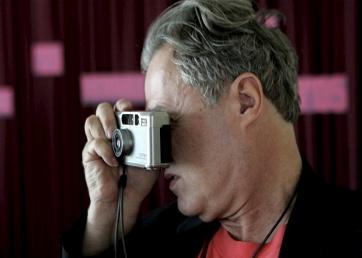 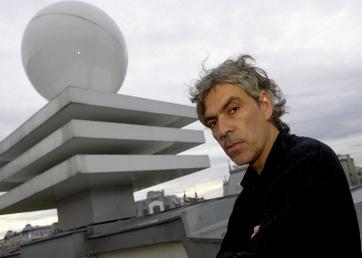 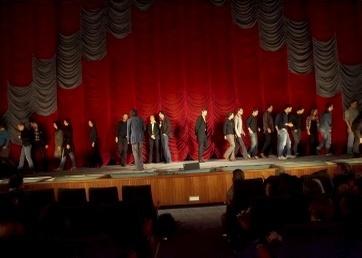 Besides the film-related events, the VIENNALE-Zentrale was hosting a number of special events: Not only did the film guests at the turntables, such as William E. Jones, Thorsten Trimpop or Bill Daniel, contribute to the musical background, but also bands like “Die Türen”, “Cobra Killer” or the presentation of the new FM4 compilation Sunny Side Up.

Not to forget the numerous discussions, lectures and performances, like “Biographical Constructions in Cinema”, the two discussion rounds “On Warhol”, the exotic performance “Tang Tang”, or Rainald Goetz’s action essay “Democracy, Democracy”.

The Charim Gallery hosted a comprehensive retrospective of photographer and Andy Warhol companion Gerard Malanga.
Jane Birkin, the star guest of the VIENNALE 2005 held a concert at the Volkstheater presenting her new album "Arabesque".