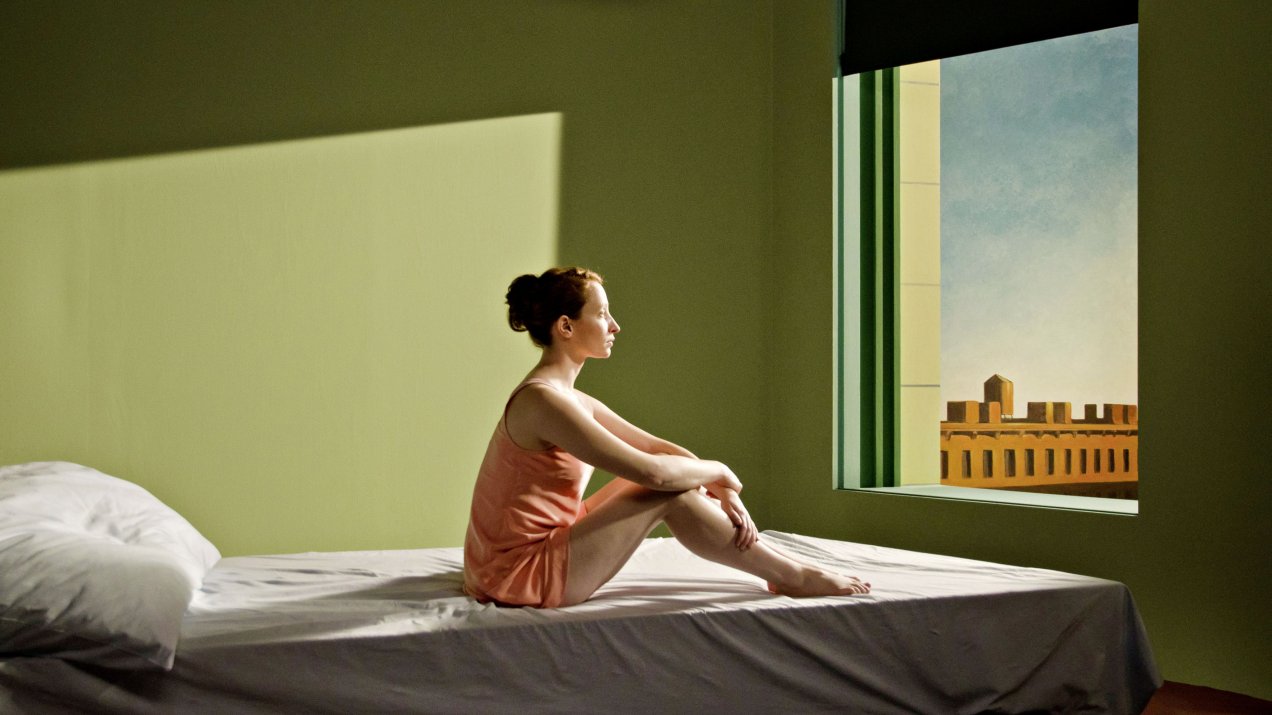 SHIRLEY – VISIONS OF REALITY
Many a top-heavy nature dreamed away the museum curfew while putting oneself into a canvas and had to step back into reality: "Enclosed in substantiveness." Shirley prefers to go two steps forward and emancipatory enlivens the drawings she looks at. While tilting into contemplation she takes action and says good-bye to the solitary path of keen thinkers, who in any case not get active. She remodels "herstory". Edward Hopper awakes to life, Amerika awakes new.

All of the characters portrayed in the first documentary, awarded the golden Lion in Venice, are doing their own thing. The Holy Grail is a melting pot on the brink of Italy's hugest highway. Grande Raccordo Anulare the freeway around Rome is called. There the car noise is the obligatory cricket near a sociotope quite able to break with our idea of fringe area – in both directions on the continuum between exurbs and slum. We are watching an urban quotation on the subtext of human history at – how adequate  – a traffic junction. (bk)