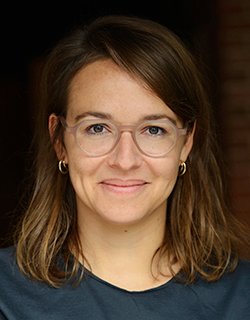 From 2009 to 2020 she has worked with Komplizen Film as Head of Development. In 2011, she joined the editorial team of Revolver, Zeitschrift für Film.  She is jury member of the funding bodies of Südtiroler Filmförderung and World Cinema Fund.

Since 2015, Zsuzsanna has been producing experimental fiction and documentary films with her own production company Flaneur Films. These titles include TAKE WHAT YOU CAN CARRY by Matt Porterfield, PHANTASIESÄTZE and AFTERWATER by Dane Komljen, OUTSIDE NOISE by Ted Fendt, TWO MINUTES TO MIDNIGHT by Yael Bartana and A FLOWER IN THE MOUTH by Éric Baudelaire.