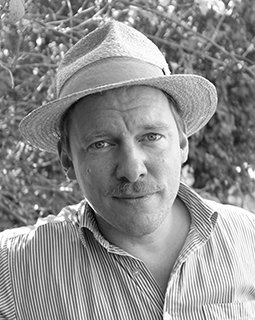 Born 1974 in Vienna, is an Austrian screenwriter and director. He studied screenwriting and visual design at the Film Academy and visual anthropology and philosophy at the University of Vienna. Since 2006 he has been working as a filmmaker in in the fields of direction, screenplay and cinematography. ORDINARY CREATURES is his first feature film.
Films (selection): FRONTEIRA BRASIL (2008, short, co-director), FACES OF THE FRONTIER (2009).