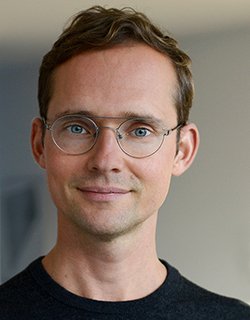 Ramon Zürcher (* 1982 in Aarberg, Switzerland) studied art at the Bern University of the Arts (HKB) from 2002 to 2005, focusing on painting and video art. In 2005 he was awarded the Kiefer Hablitzel Prize (Swiss Award). He then studied film directing at the German Film and Television Academy Berlin (DFFB) from 2006 to 2014, graduating with his first feature film DAS MERKWÜRDIGE KÄTZCHEN. The film celebrated its world premiere at the Forum of the Berlinale in 2013 and was subsequently screened at numerous international film festivals (including Toronto, Cannes, New Directors/New Films, Mar del Plata) and received numerous awards (including the New Talent Grand PIX Award at CPH:PIX, Special Jury Prize for Best Debut at IFF Minsk, SIYAD Prize of the Film Critics at IFF Antalya, Prize of the "Standard" Audience Jury at the Viennale). In 2021 followed DAS MÄDCHEN UND DIE SPINNE, the second feature-length film, which had its world premiere in the international competition Encounters at the Berlinale and won the Best Director Award and the FIPRESCI Prize.