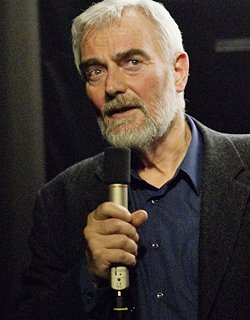 Born in Freiburg im Breisgau in 1937. Went to the sea for two years. Studied painting at the Kunstakademie in Munich, screen printing in Stuttgart. Performances as an actor in TV crime and comedies, among others in Käutner's SCHWARZER KIES (1960). In 1961/62 he made his first short film AM SIEL (co-director Kurt Ulrich). In the early sixties, he meets his wife Zsóka in Budapest. In the middle of the sixties, Nestler is criticized several times: his film VON GREIECHENLAND (1965), realized two years before the military coup in Greece, is defamed as a "communist work". In 1967 Nestler made his first film I RUHROMRADET for Swedish television . Other films include: MÜHLHEIM / RUHR (1964), A WORKING CLUB IN SHEFFIELD (1965), NORDKALOTTE (1991). The Viennale dedicated a tribute to him in 2001.