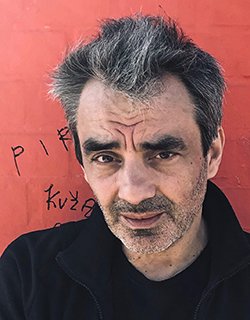 Director of
DURING THE MANY YEARS

Screenwriter / film director. Goran Rebić, born in 1968 in Vršac, Yugoslavia, emigrated to Austria with his parents when he was one year old, studied directing at the Film Academy in Vienna and works as a film director, screenwriter and actor. His films include documentary works and feature films, which have been shown at numerous international festivals and have won awards.