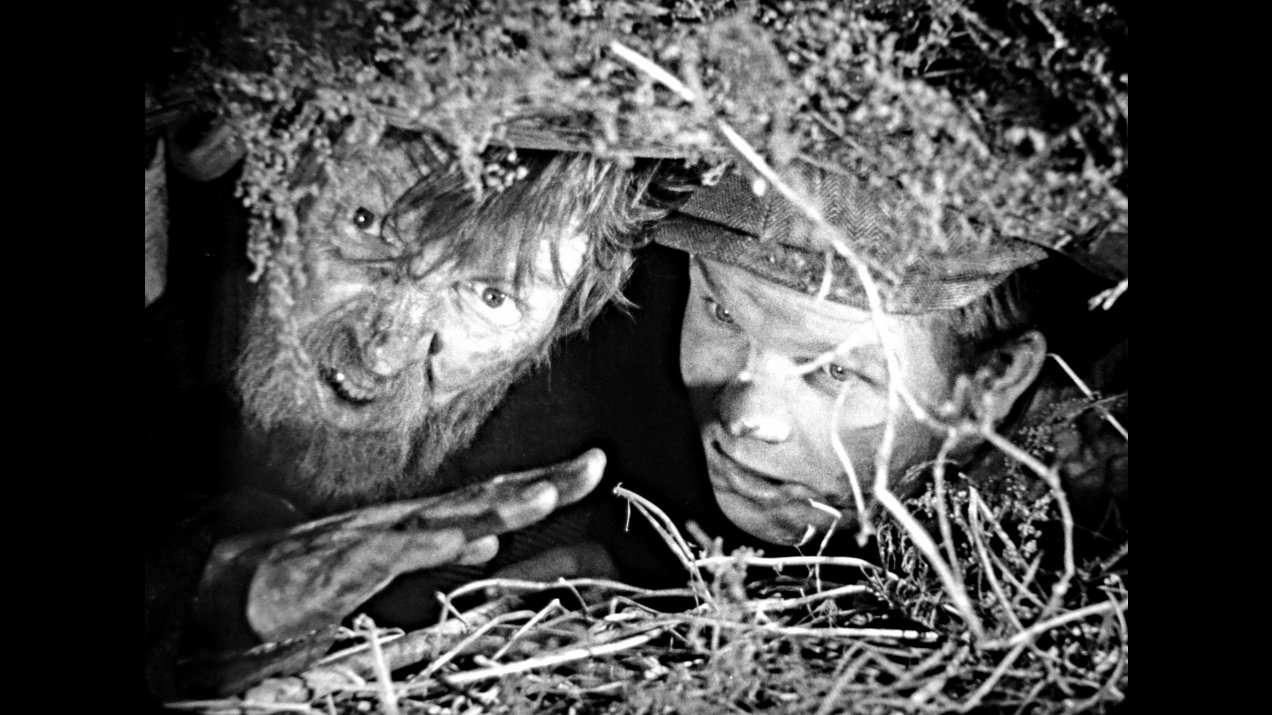 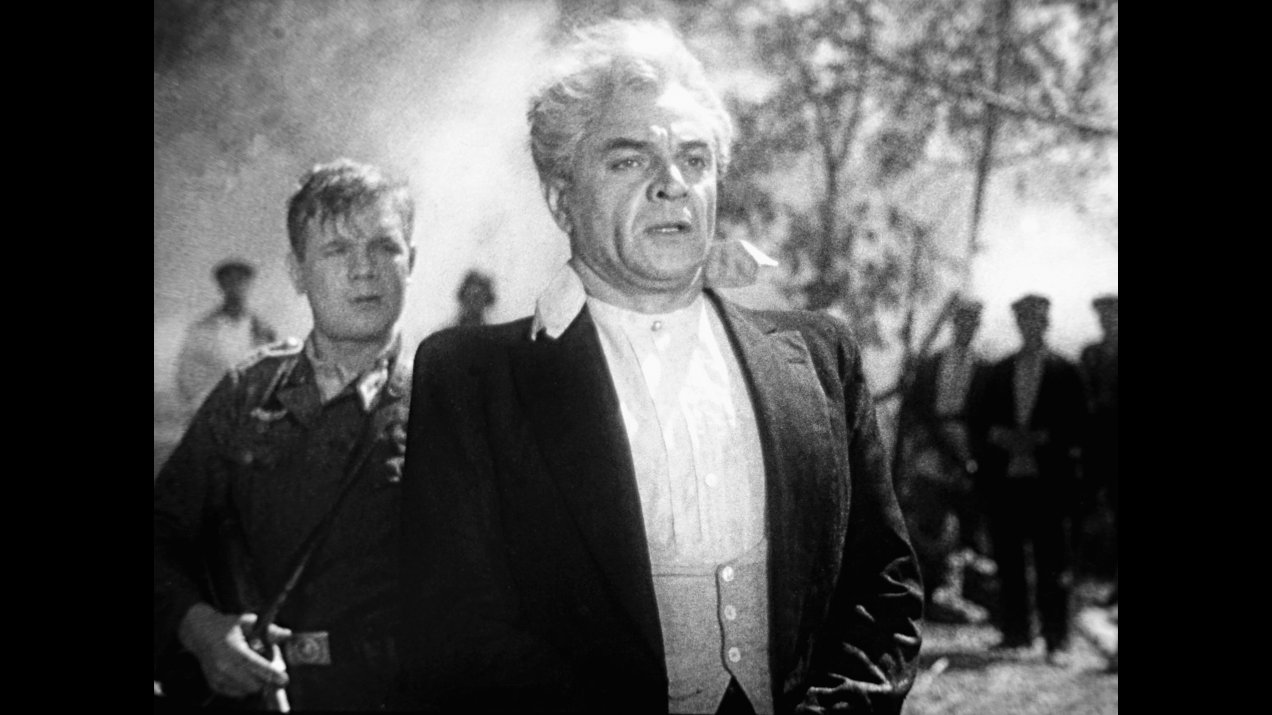 Also known by its working title NOVGORODTSY, Boris Barnet’s partisan feature SLAVNYI MALYI stands out for three reasons. For a start, it is another of the rare Soviet wartime productions. During the Second World War, Stalin redirected most able bodies and funds to the fronts and factories, but also wanted to keep the Soviet film industry alive, albeit under much tighter control, of course, not only to boost the popular morale at home, but also to promote Soviet war achievements abroad. Furthermore, unlike most films featured in this retrospective, most of which were produced in politically complex and fragile environments, SLAVNYI MALYI was filmed and then comprehensively banned, only receiving a wide release on Soviet screens seventeen years later. There was nothing subversive about SLAVNYI MALYI, the Soviet censors simply found the film “ideologically insignificant” and therefore not inspirational enough for the harsh year of 1942, when the tides of the Eastern Front were still turned towards the Nazi. Lastly, which must have certainly swayed the censors’ decision, SLAVNY MALYI is not really a war picture or a heroic drama, but rather a musical comedy, telling a lighthearted love story about a downed French pilot who is rescued by Soviet partisans, joins their resistance, and falls madly in love with a local girl. Barnet directs with his usual professional flair that combines an extraordinary feel for both comedy and pathos, thus crafting one of the most unusual and entertaining films of the retrospective. 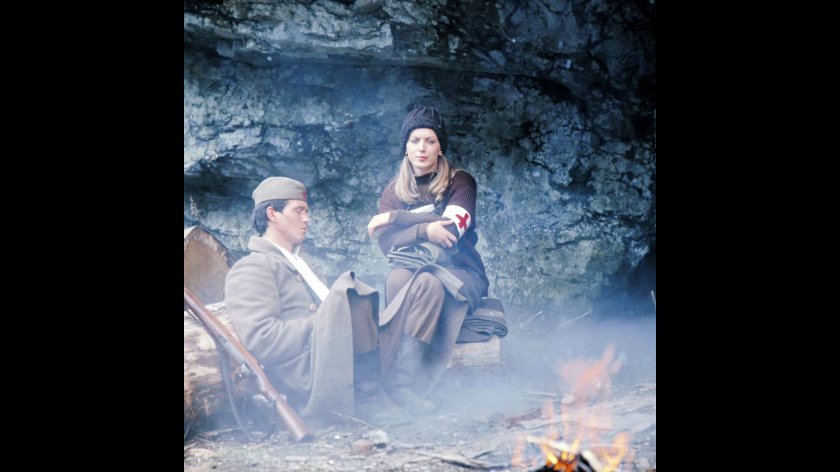 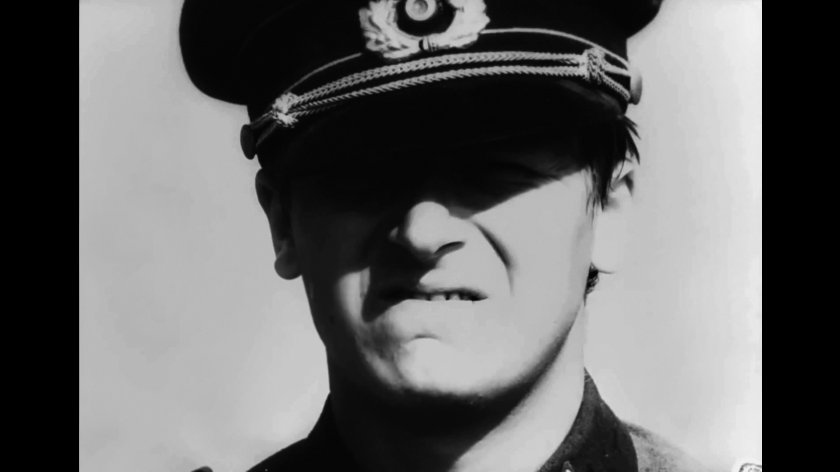 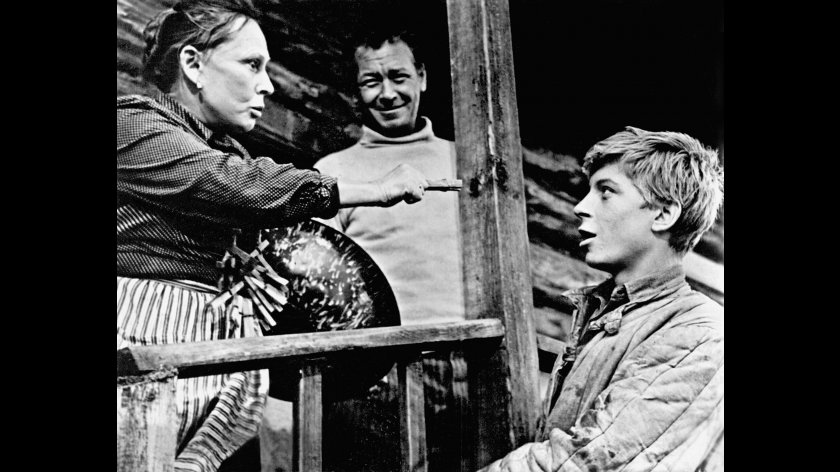