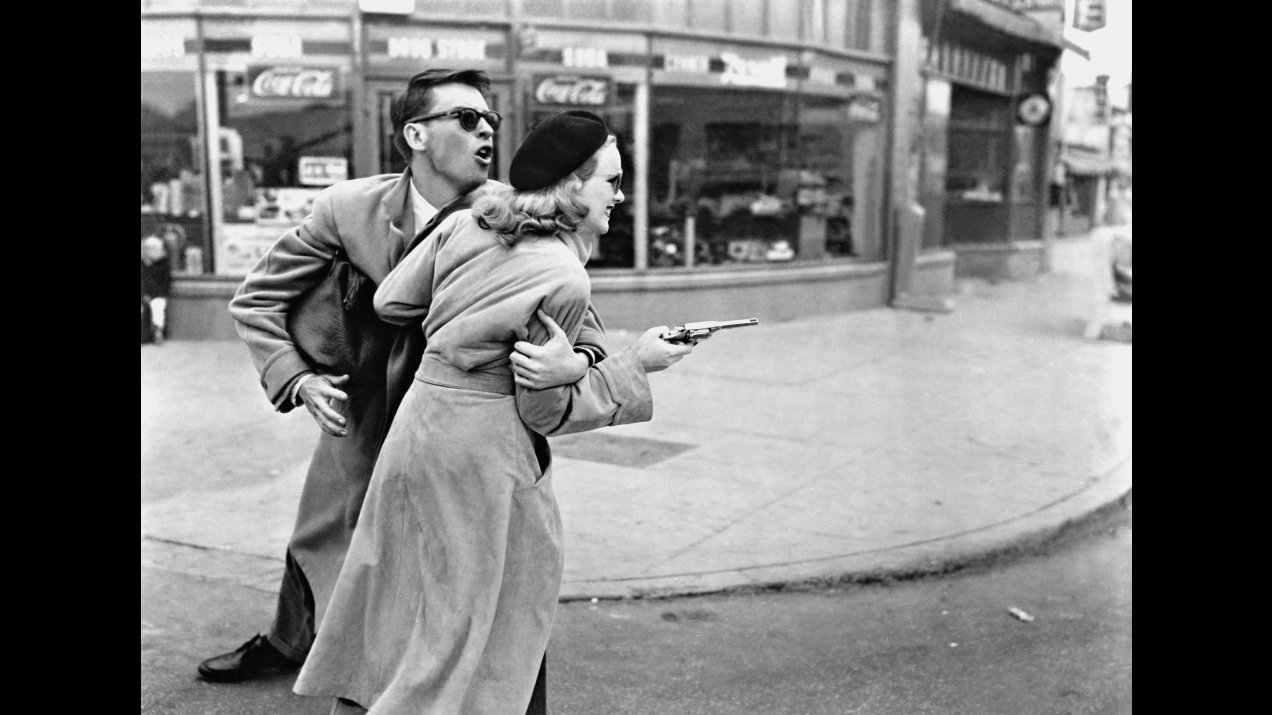 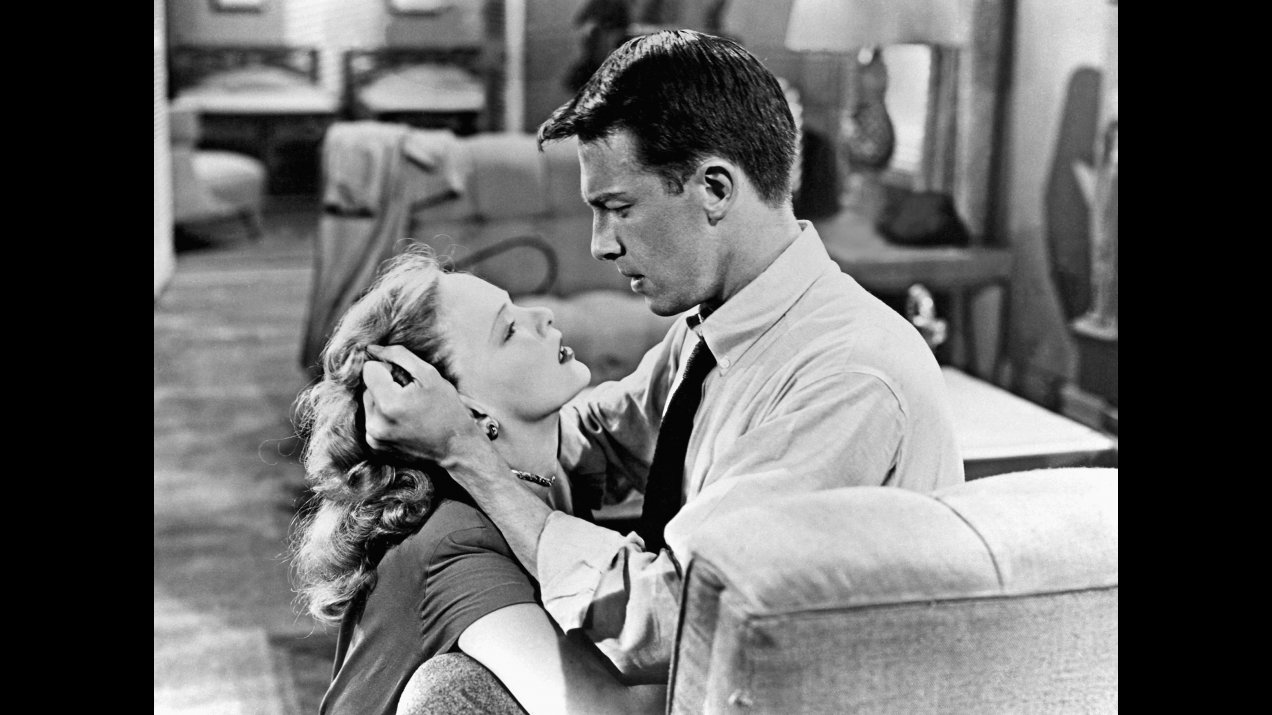 GUN CRAZY is uncontestably the ultimate film of l’amour fou. Fugitive newlyweds escalating through all the majors and minors of larceny and felony, an ascent to the downward spiral. A couple deserving of a second chance. Denied. In GUN CRAZY, Bart and Laurie emerge already tarnished, prodigal, prodigious sharpshooters, mutually dependent with ignited libidos trying to balance each other’s opposing moral codes. They go “together like guns and ammunition”. Vulnerable, capable, madly in love, clinging to fetish and phobia, clinging to each other, propelled by desperation and dreams. What other film evokes this degree of heightened eroticism and loneliness entwined in disequilibrium? Just one reason why this masterwork from the low budget peripheries intoxicates and puts us at the altitudes of Borzage and Gremillon. When their love takes them beyond reason and safety they look towards a lost horizon, their losses accumulating with each heist. This film induces heartbreak long before its eerie magisterial ending that reminds us of the filmic poetry of Mizoguchi and Murnau. Was this independent low budget masterpiece what Hollywood could have been or an augur of things to come? Neither and both. In 2018 when we need a new future and a (truthful) new past we can see GUN CRAZY was an unquestionable but unequalled influence to many films that followed while remaining untouchably unique. I first saw GUN CRAZY forty years ago in the tug boat shaped Thalia where the rake of the theater paradoxically tilted upwards towards the screen. Double bills were often shown uninterrupted without the lights ever coming up. Sometimes it was too scary to see who was sitting near you. The film glowed on screen. Love at first sight. I was thunderstruck. Pulp gospel. I felt like I was receiving a hidden sacrament of cinema. The film felt like something that really happened. Like something that was happening as I watched it, something that was happening to me. The kind of experience you have as a child when films are overpowering, vicarious and hallucinatory with secret actions and drives that make you feel eerily complicit or prematurely adult. Films that make you love every moment, even the gestures you can’t quite grasp. Films that seem to want to break your heart then care for you in the aftermath as you remember them. GUN CRAZY combines single take spontaneity and realism, the feeling of documentary occurrences with rear-screen artifice, backlot sets and actual locations, the reality and the surreality of the meat plant carcasses, the late night roadside diners, cheap hotel rooms, the desperate refuge of a wood shed in the falling snow, weary bodies crying in the mist, the enchanted and the tawdry. Lust is different than love but love is the strongest aphrodisiac. Hopelessness breeds hope. Poetry as straight talk, poetry as innuendo. Combustible poetry. The power of the cut. Made on a shoestring. But there is no sign of the patchwork collage, substitutions or anything “make do” in this film. All coheres in a fabric unified by emotion. Watching it is as magical and as frightening as driving down a back road, lost, feeling the presence of the unknown or the inevitable up ahead. (Mark McElhatten) 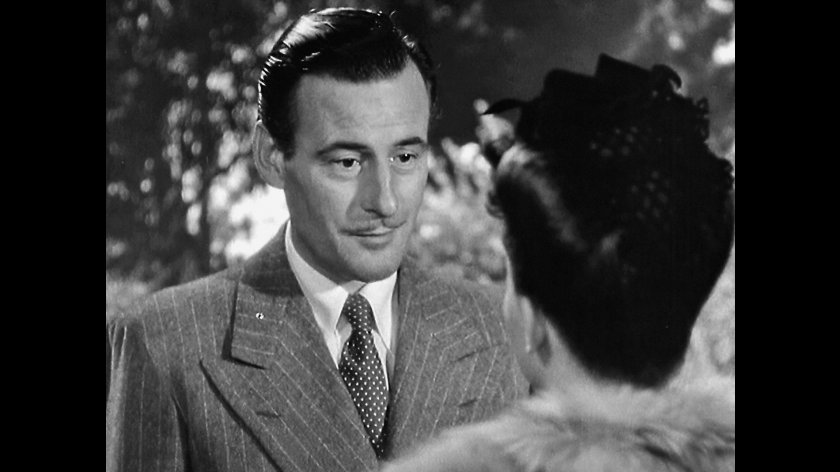 The Falcon and the Co-eds 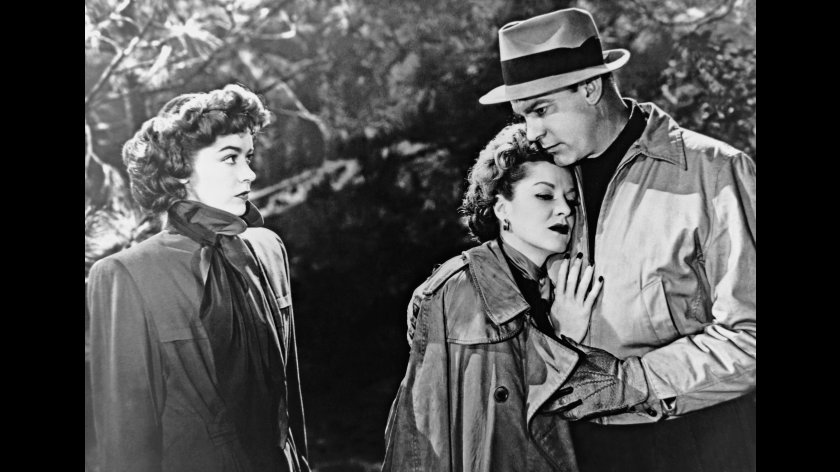 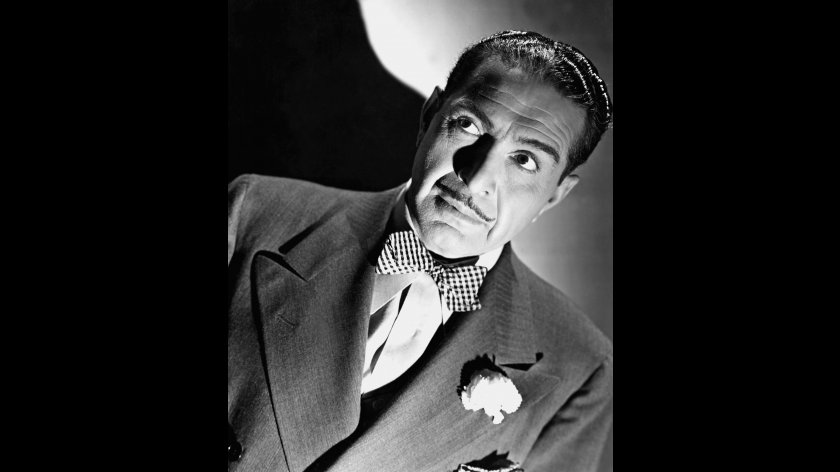