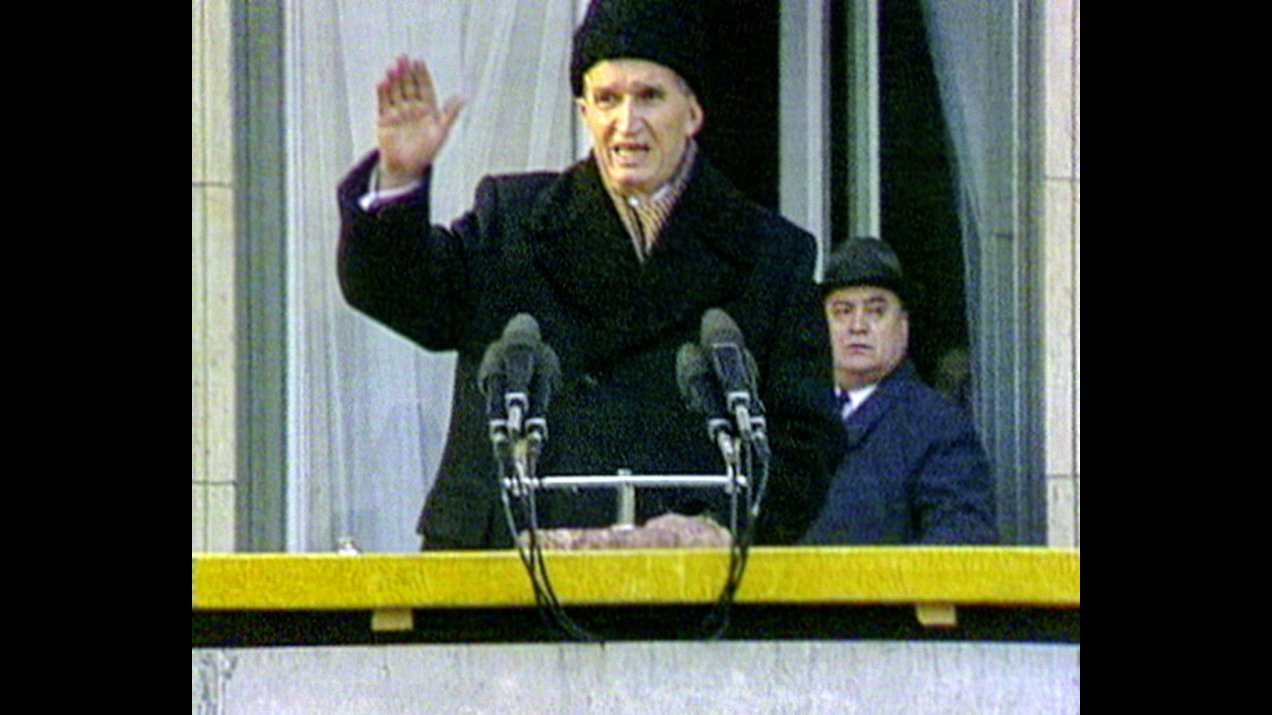 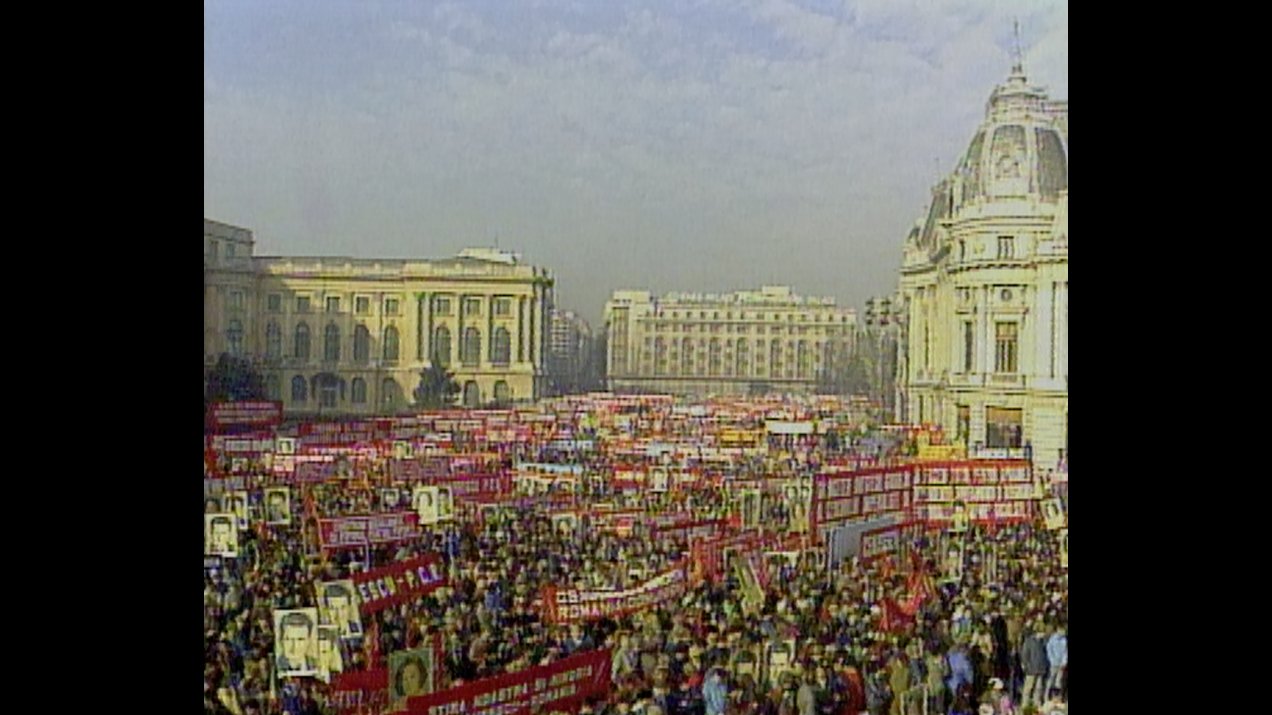 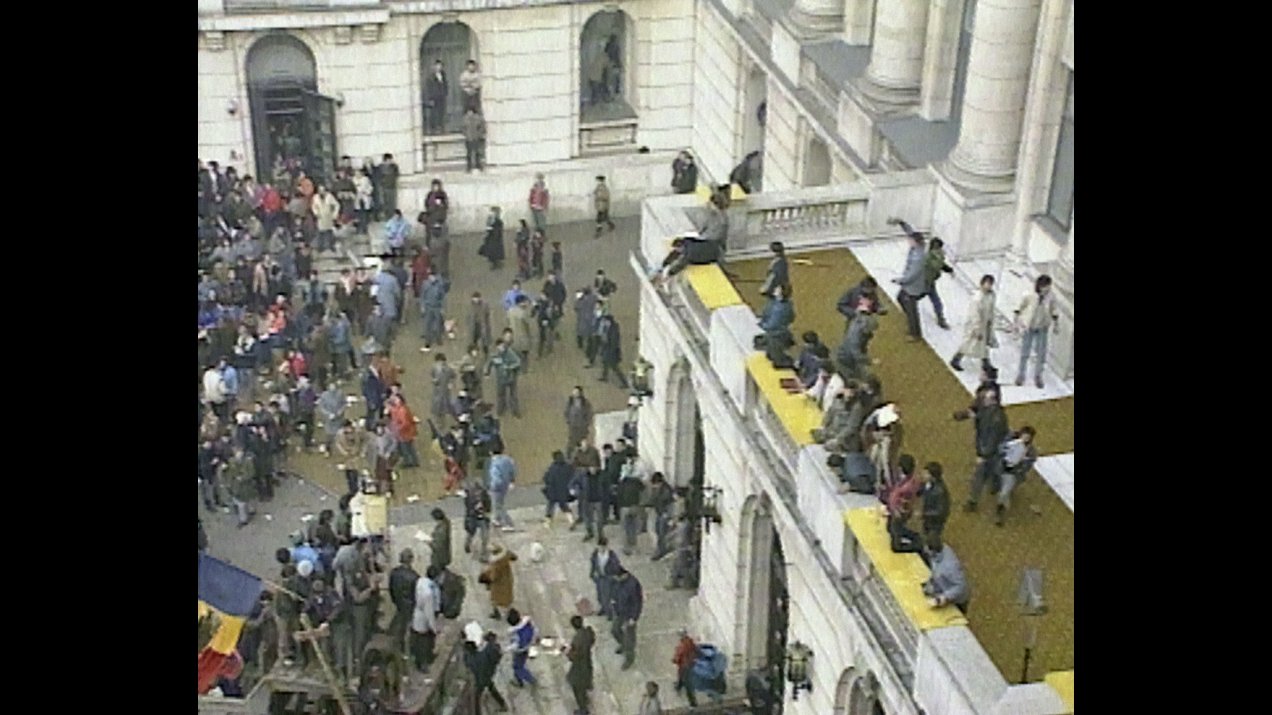 Movements of the revolted masses in the streets of Timisoara and Bucharest, along with the collapsing Berlin Wall, represent the most iconic images of the so-called European revolutions of 1989, which resulted in the regime change in Poland, Hungary, East Germany, Bulgaria, Czechoslovakia and Romania. The revolution in Romania started last, in late December 1989, and was also the only uprising that turned bloody, the violent nature of the events perhaps corresponding to dictator Nicolae Ceauşescus's violent, Stalinist rule. On December 21, the crowd that was ordered to gather in support of the government, surprised the dictator Nicolae Ceauşescu by suddenly turning against him. On December 26, Ceauşescu was executed. For six fateful days, Bucharest television station, occupied by the demonstrators, broadcast the unfolding of the revolution without a break; something that only the technology of video could achieve. First camera was quickly joined by the second, and by the sixth day hundreds of cameras were recording practically all the aspects of the revolt. Inspired by Sergei Eisenstein’s depictions of another revolution from the beginning of the 20th century, Harun Farocki and Andrei Ujică edited 120 hours of this late 20th century revolution into a distilled “videogram”, thus preserving not only a moment of history, but a process of history in the making. (Jurij Meden)