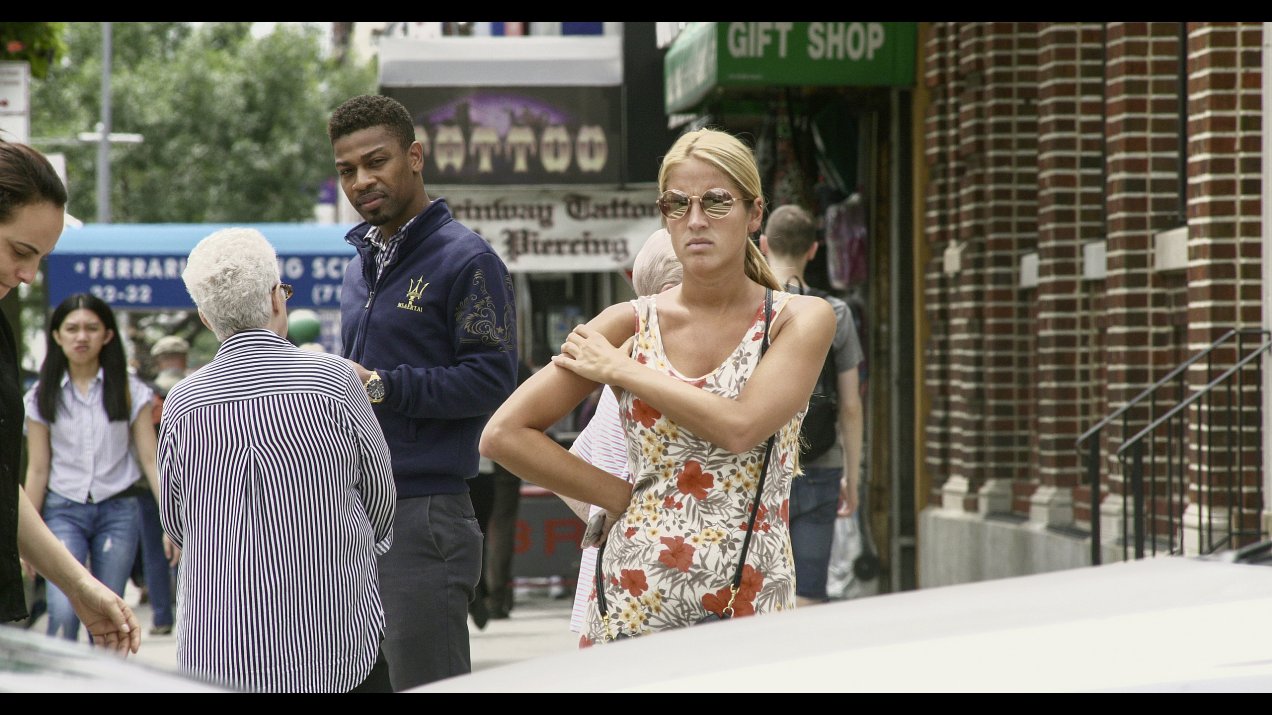 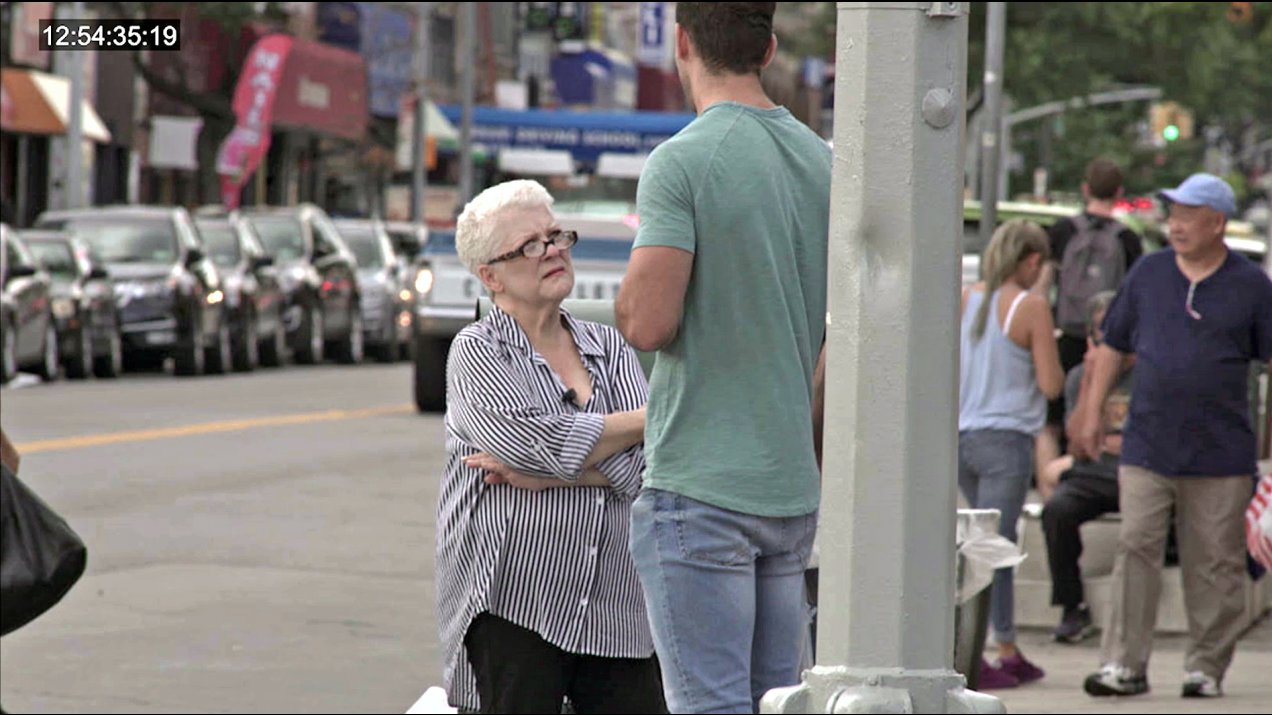 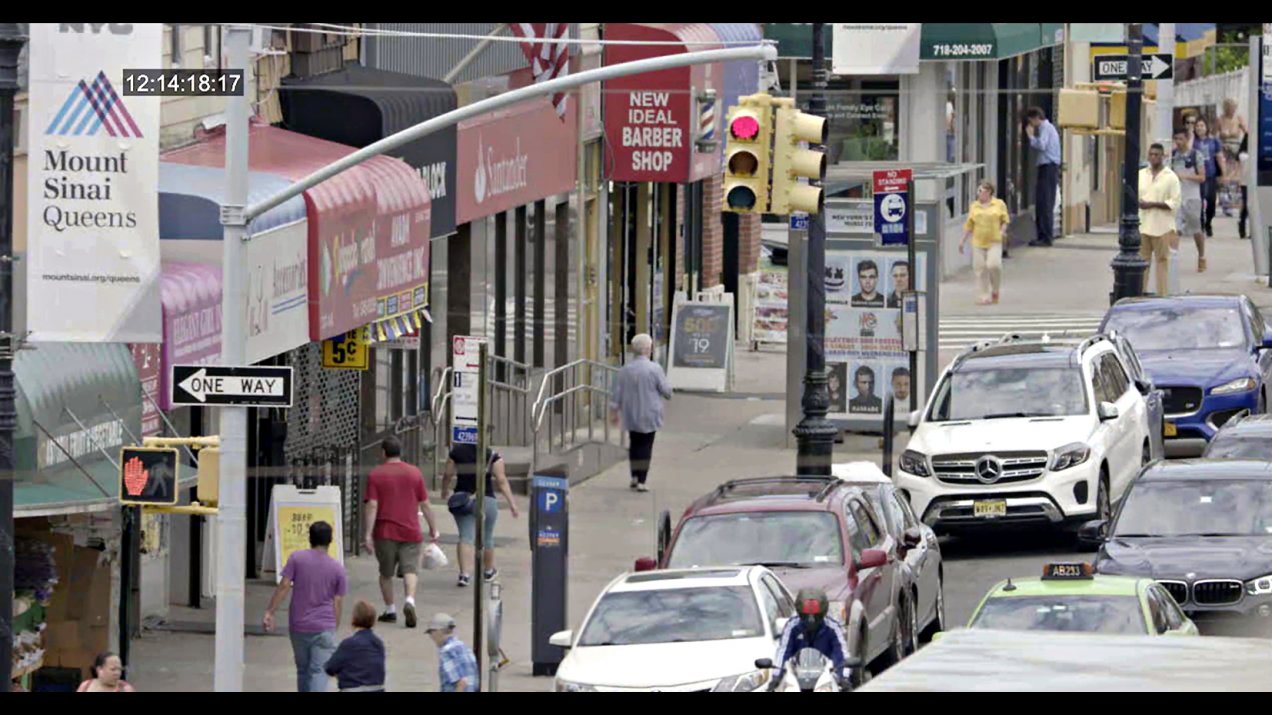 On a street corner in Queens, New York, an elderly, white-haired woman hovers, apparently waiting or looking for something – then starts approaching passersby. Miked up close, but viewed – surveillance-style – from distant rooftops, she asks them philosophical questions about turning points in their lives, sometimes eliciting candidly revealing answers from people who seemingly need to talk. She’s also seen up close at street level, viewed by a shaky nearby camera. And intermittently we hear the affectless voiceover of an English male reading an account of a prison spell. What exactly are we seeing? A documentary of sorts? A fiction stripped of its expected signposts? The woman is real-life casting director Martha Wollner, but the film never makes it clear what her mission is, what she hopes to learn, and what her relation is to the distant speaker (who may also be the distant observer). Echoing Coppola’s THE CONVERSATION, as well as works by Phillip Warnell’s fellow British experimental directors John Smith and Chris Petit, this is an enigmatic, elusive piece. Yet, as the title suggests, those moments when Wollner connects with the interiority of perfect strangers makes this an alluringly, unexpectedly compassionate guerrilla foray into urban experience. (Jonathan Romney)

With THE HUMAN VOICE 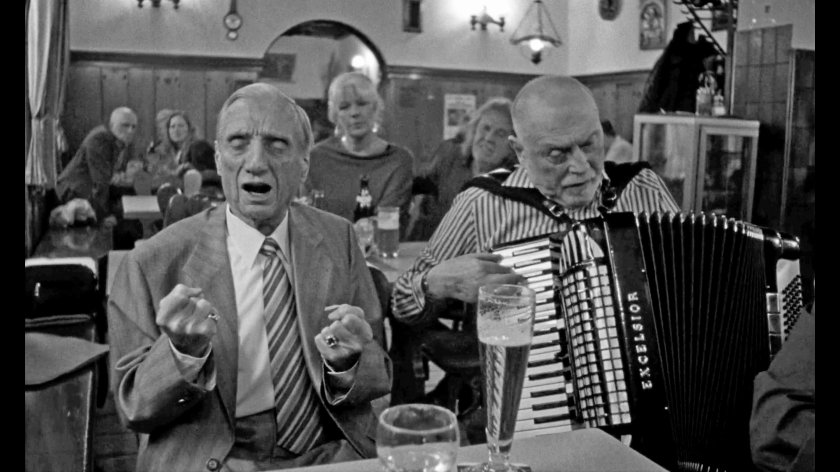 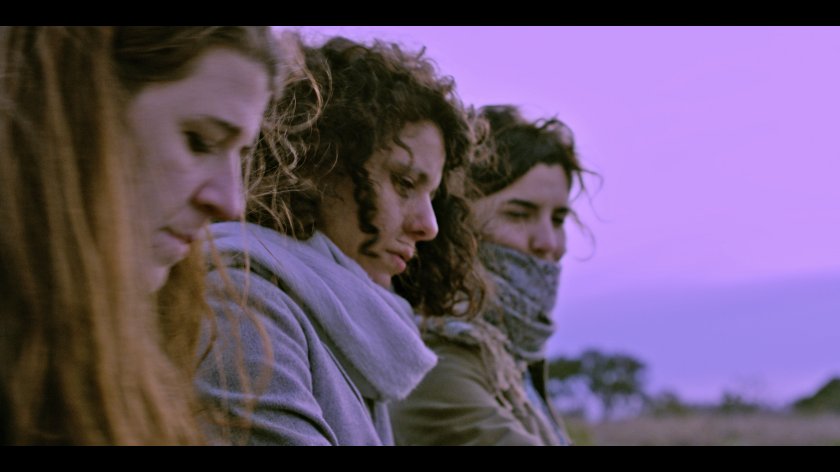 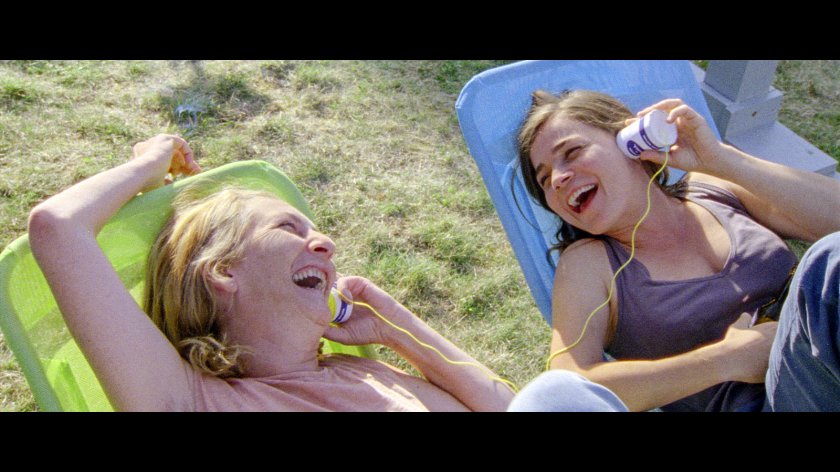