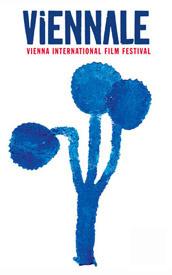 MAIN PROGRAM
With a total of 91,700 Viennale-goers, more people than ever before have visited the festival. In comparison, we had 88.900 visitors last year.
Out of a total of 321 film screenings, 126 were sold out. The total capacity increased from 78.40% in 2006 to 79.20% at the VIENNALE 2007.
In this regard it is interesting to compare topical feature and documentary films. While they were at the same level last year, the capacity of feature films came to 84.3% and documentary films to 76.7% in 2007. 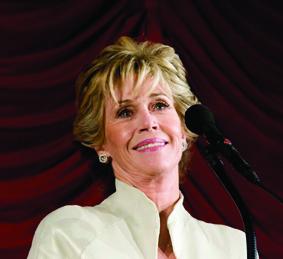 TRIBUTES & SPECIAL PROGRAMS
Among the tributes and special programs, the personal tribute to Jane Fonda was a huge success with the public, and so was the special program dedicated to American filmmaker Stephanie Rothman.
Realized by Filmarchiv Austria, the program “Proletarisches Kino in Österreich” (“Proletarian Cinema in Austria”), of which a large number of screenings were also sold out, can be regarded as a surprise hit of this year’s Viennale.
The hopes we had put into the special program dedicated to Danny Williams, consisting of films by and about the filmmaker, did not quite come up to our expectations. 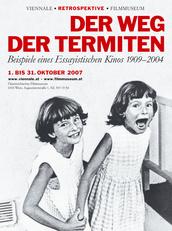 RETROSPECTIVE – The Way of the Termite A fixed feature in the Viennale program is the annual retrospective, realized in collaboration with the Österreichische Filmmuseum. The extensive and demanding program “The Way of the Termite – The Essay in Cinema 1909 – 2004” was curated by filmmaker and critic Jean-Pierre Gorin and accompanied by a series of selected lectures. With some 4000 visitors this retrospective scored a considerable success.

In A TALE OF TWO CITIES, Jem Cohen, who for more than twenty years has been building a steadily growing archive of various city views, street scenes and portraits, has connected images from his hometown of New York and of Vienna. Increasingly, the obvious and well-known differences in the architecture and streets are neutralized; the locations – an empty stairwell here, a busy street there – exchange shape and quality. The most irritating images are those of white, lifeless faces: filmed in the Institute of Anatomy at the University of Vienna, the dead eyes of Vienna stare back, as silent witnesses, at the viewer. 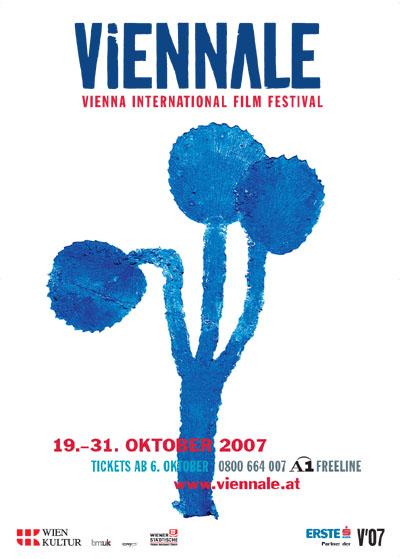 Seldom has the festival had more prominent and exciting personalities of world cinema as guests than at the V’07. A total of 130 directors, actors and other film guests came to the festival to present their works and attend public talks and other festival events.
Among them were:

JANE FONDA
Born as in December 1937 in New York as daughter of Henry Fonda and Frances Seymour Fonda. In 1968 international breakthrough for her role in Roger Vadim’s [film:2533]Barbarella[/i ] that makes her a very popular “sex symbol” of the decade.
In the late sixties Fonda is very committed to the Freedom’s Movement as well as to the Anti-Vietnam Movement. In 1972 she was awarded an Academy Award for Best Actress for her role as the prostitute Bree Daniels in Klute. Fonda always lets influence her artistic work by her political and social engagement, for example in works such as THEY SHOOT HORSES, DON'T THEY?, THE CHINA SYNDROME or in the repatriate drama COMMING HOME, for which she was awarded her second Academy Award. In the eighties also starts her dedication to sports and wellness. By the mid-eighties the actress finally takes back from film business. In the nineties she focuses on social topics and supports different aid organizations. In 2005 her autobiography “My Life So Far” is released and becomes an international success. In 2005 Jane Fonda reappears on the screen with MONSTER IN LAW, 2007 her latest film GEORGIA RULE premiers.

SANDRINE BONNAIRE
Born in Gannat (France) in 1967. In 1983, she acted in A nos amours by Maurice Pialat. She made her breakthrough with a part in Agnès Varda’s Sans toit, ni loi (V’ retrospective 2006). Today, she is one of the best known and most popular French actresses. Elle s’appelle Sabine is her director’s debut.

MORITZ BLEIBTREU
Born in Munich in 1971, Moritz Bleibtreu is one of Germany's most popular actors. The son of Hans Brenner and the actress Monika Bleibtreu, he trained as an actor and premiered at the Hamburger Schauspielhaus.
Films (selection): Knocking on Heaven’s Door[/I] (D 1996), [i]Lola rennt (D 1997), Das Experiment (D 2001), Elementarteilchen (D 2006), Free Rainer (V’07).

TODD HAYNES
Todd Haynes attended Brown University and majored in arts and semiotics. After graduation he moved to New York City and made the very controversial short film Superstar: The Karen Carpenter Story (USA 1998). The movie uses dolls instead of actors to tell the story of the late Karen Carpenter. His first feature, Poison (USA 1991), won the Grand Jury prize at the Sundance Film Festival.
Films: Safe (V’95), Velvet Goldmine (UK/USA 1998, V’98), Far From Heaven (F/USA 2002, V’02) and I’m Not There (USA 2007)

Two-time Oscar winner Haskell Wexler, actress Nina Hoss, Jean-Pierre Gorin (the curator of the retrospective 2007), director of photography Ed Lachmann as well as a number of outstanding directors, including Masahiro Kabayashi, Hal Hartley, Nicolas Klotz, Tom Kalin, Nicolas Philibert, Chrisitan Petzold and Jem Cohen were guests at the Viennale 2007. The filmmakers Stephanie Rothman, Nina Menkes and Pascale Ferran, to whom the Viennale dedicated a Special Program each, also accepted our invitation to come to Vienna on this occasion.
Of no less importance for the festival in particular and cinema in general was the presence of such renowned author-filmmakers as Peter Hutton, Heinz Emigholz, Su Friedrich, Harun Farocki, Jean-Claude Rousseau, Peter Nestler and Thom Andersen, many of whom are regular visitors to and guests of the annual Viennale film festival.

In 2007 the Vienna Film Award was awarded to: 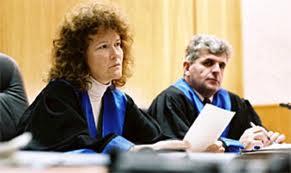 RULE OF LAW
Susanne Brandstätter, A 2006

In 2007 the FIPRESCI Prize was awarded to:

In 2007 the STANDARD Readers' Jury Award was awarded to:

Here you can find a selection of the best photos of the Viennale 2007. 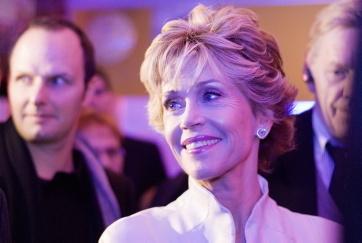 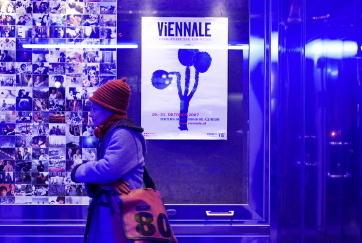 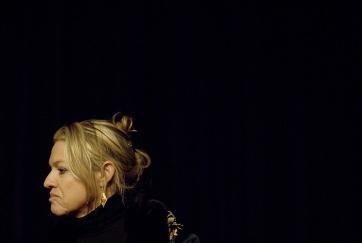 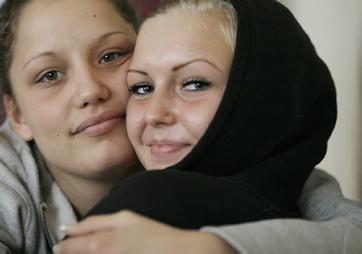 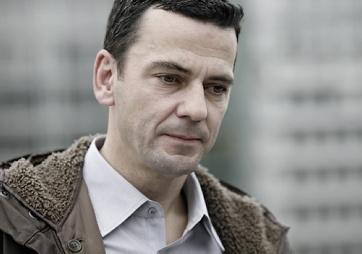 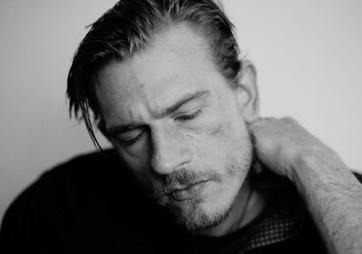 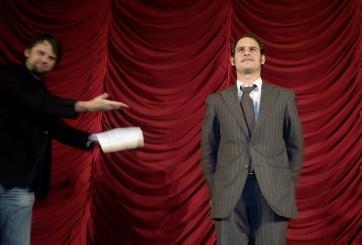 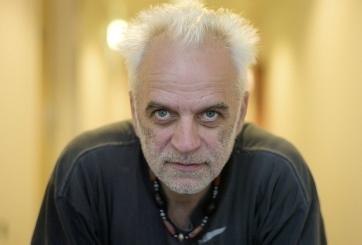 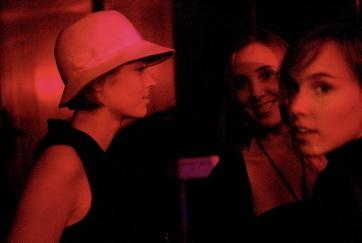 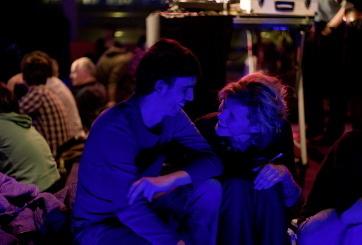 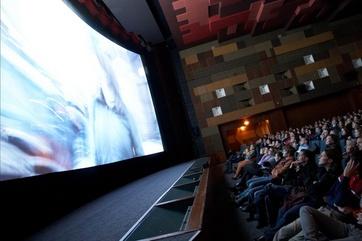 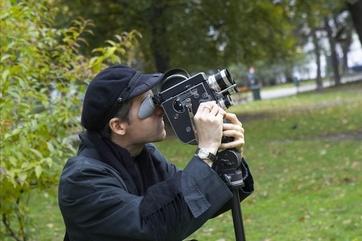 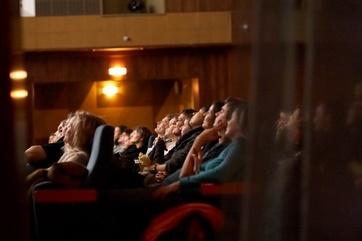 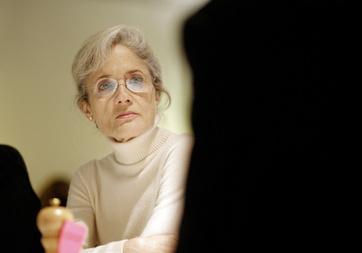 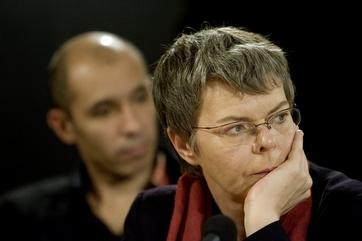 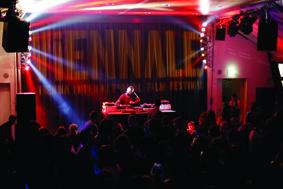 EVENTS ZENTRALE
The Viennale Zentrale was again situated in the rooftop of the Urania.
During the day the Zentrale was the setting for philosophical and theoretical affairs. In discussions and lectures guests debatet with actors and directors like Thom Andersen, Jem Cohen, Jean-Pierre Gorin, Stephen Kijak, Matthew Porterfield or Esther B. Robinson. The discussions between Stephanie Rothman and Nina Menkes and between Todd Haynes and Tom Kalin belong to the highlights of the Zentrale program 2007.
At nights different DJ lines were presented as well as parties and live concerts.
Moreover, the popular series “Filmmakers at the Turntables” was continued. Filmmaking DJs of the edition 2007: Serge Bozon, Todd Haynes, Tom Kalin, Mike Ott, Nina Menkes and Kurt Palm.

Besides the two main frame events – the opening party at the city hall and the closing party (for the first time at Volksgarten) with over 1000 invited guests each, the popular Lusthausfest took place in the Viennese Prater as every year.
The gala screening in honour of Jane Fonda in the presence of the actress was another cinematic and social highlight of the V’07.