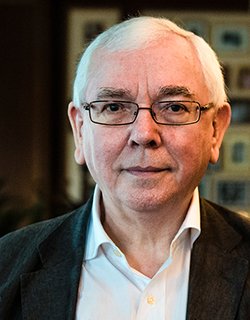 Director of
A QUIET PASSION
THE DEEP BLUE SEA
BENEDICTION
DISTANT VOICES, STILL LIVES
THE LONG DAY CLOSES
THE NEON BIBLE
THE HOUSE OF MIRTH
OF TIME AND THE CITY
SUNSET SONG
VIENNALE-TRAILER 2021: BUT WHY?

Born in Liverpool in 1945 in a Catholic working class family. First short films about a difficult childhood. In his feature film debut, DISTANT VOICES, STILL LIVES (1988), he recalls the life of Liverpool in the 1950s. His first documentary film, THE TIME AND THE CITY, was shown in Cannes in 2008. His theater adaptation THE DEEP BLUE SEA (2011) is another of his films shown at at this years Viennale.