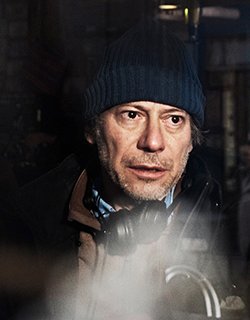 Born 1965 in Neuilly-sur-Seine, is a French film and theater actor, film director and screenwriter. He plays in more than 50 films, among others. by Otar Iosseliani, Arnaud Desplechin, André Téchinés, and Olivier Assayas. Works as assistant director of Louis Malle at AU REVOIR, LES ENFANTS (1987). After some short films, he realized his first, semi-autobiographical feature film MANGE TA SOUPE (1997).