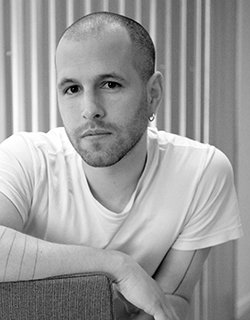 Óscar Vincentelli was born in Ciudad Guayana, Venezuela, in 1989. Filmmaker and visual artist. His work is a cross between documentary films, experimental ethnography, contemporary visual and sound arts.

His works have been programmed at international festivals such as: Locarno, San Sebastian, FID Marseille, Message2Man, FIC Valdivia, Malaga, D’A or Playdoc. He was selected for the Berlinale Talents in 2020, and that same year he was one of the beneficiaries of the Spanish Film Academy’s residency with the feature film project Una vez fuego.

His latest short film, LA SANGRE ES BLANCA, had its international premiere at FID Marseille, where it also won an award in the Flash competition. The film also won an award at the last Curtocircuito. His latest installation SE VAN SUS NAVES was presented at Tabakalera in San Sebastian. In addition, based on this installation, he is preparing a feature film of the same name.