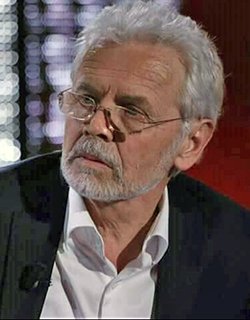 Born in 1948 in Vlorë, Albania, is an Albanian film director. He graduated from the Drama Department of the Arts Institute in Tirana. After graduation, he began working as an assistant director at the New Albania Film Studio ("Kinostudio Shqipëria e Re"). As an independent director he made his debut in 1972 with the documentary BASKETBOLLISTJA NR. 10. He specialized in films intended for children's audiences. In 1975 he began over twenty years of cooperation with director and writer Ibrahim Muçaj, with whom he made a series of feature films. Kristaq Mitro teaches film directing at the University of Arts in Tirana and is part of the commission selecting the Albanian films candidate for the Academy Award.
Films (selection): DIMRI I FUNDIT (1976), NUSJA DHE SHTETËRRETHIMI (1978), NË PRAG TË LIRISË (1981),  NJERIU I MIRË (1983), TELEFONI I NJË MËNGJESI (1987), NJË DJALË EDHE NJË VAJZË (1990).