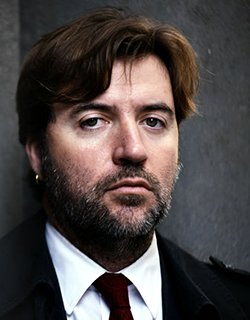 Director, producer and script-writer born in Banyoles (1975).  PhD in Literary Theory & Comparative Literature and BA in Spanish Philology.  He writes and directs HONOUR OF THE KNIGHTS and BIRDSONG both premiered at the Directors' Fortnight in Cannes. He directs the THE NAMES OF CHRIS for MACBA and Lord Worked Wonders in Me for CCCB. He receives the LUMA Award, granted by the LUMA Foundation, Recontres d'Arles 2011. He takes part in dOCUMENTA (13) with the project THE THREE LITTLE PIGS, specially conceived for the venue. He writes and directs STORY OF MY DEATH, premiered at Locarno Film Festival Festival, awarded the Golden Leopard for the Best Film. He is selected to represent the Catalan pavilion for the Venice Biennale of Art 2015, with the piece Singularity. He writes and directs LA MORT DE LOUIS XIV  premiered in  Cannes Film Festival, official selection and Liberté, Special Jury Award at Un Certain Regard, Cannes Film Festival 2019. He direct the piece PERSONALIEN, commissioned for the Museo Nacional de Arte Reina Sofia and the theatre piece Liberté (2018) for the Volksbühne Theatre in Berlin.