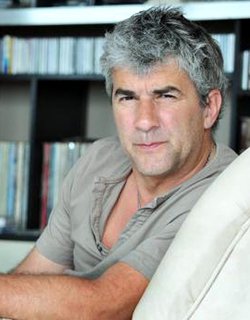 Born in Villefranche-de-Rouergue, France, in 1964. After several short films, he shot the medium length film DU SOLEIL POUR LES GUEUX in 2000 and CE VIEUX RÊVE QUI BOUGE in 2001. The Viennale dedicated a retrospective to him in 2001 and showed all his work in sequence. With PAS DE REPOS POUR LES BRAVES (2003), he shot his feature film debut, followed by VOICI VENU LE TEMPS (2005) and LE ROI DE L' EVASION (2009). L' INCONNU DU LAC gained him the Best Director Award in Cannes.