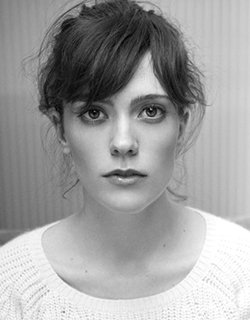 As an actress, she has starred in Jonás Trueba’s feature films “The Reconquest” (2016), part of the Official Selection at the San Sebastian Film Festival, and “The August Virgin” (2019), Special Jury Mention and FIPRESCI Award at Karlovy Vary IFF and one of the Top 10 Films of 2020 according to Cahiers du Cinéma, in which she was also co-writer. She has also acted in fims as “Las Altas Presiones” (2014) by Ángel Santos, Daniel Sánchez Arévalo’s “Seventeen” (2019) and “The Volunteer” (2022) by Nely Reguera, and series such as “Vergüenza”, “Dime quién soy”, “Reyes de la noche”, and “The Girls at the Back”.
In 2004, Itsaso formed the group of scenic arts La Tristura, with whom she creates, directs, and acts in her own productions. These plays have all been performed in theaters and festivals of international prestige in Spain, France, Germany, Finland, Poland, and Brazil, among others. She is currently working on her first film as a director, “Las chicas están bien”.