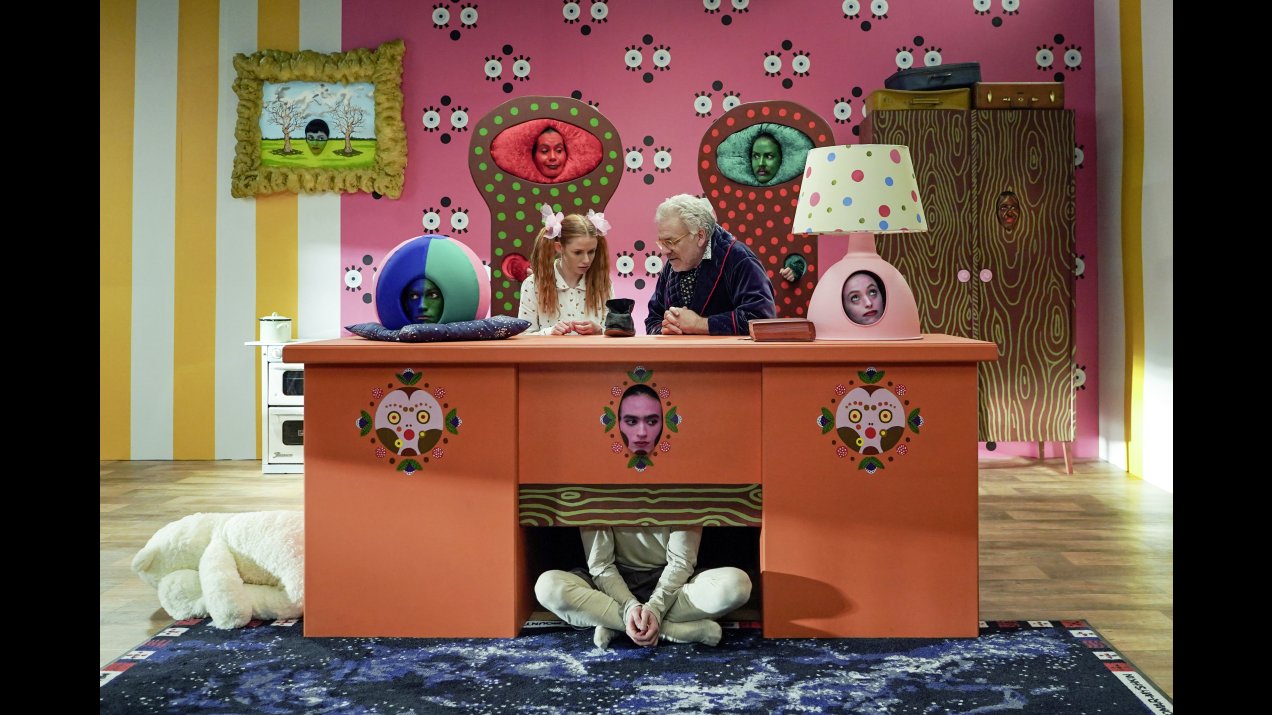 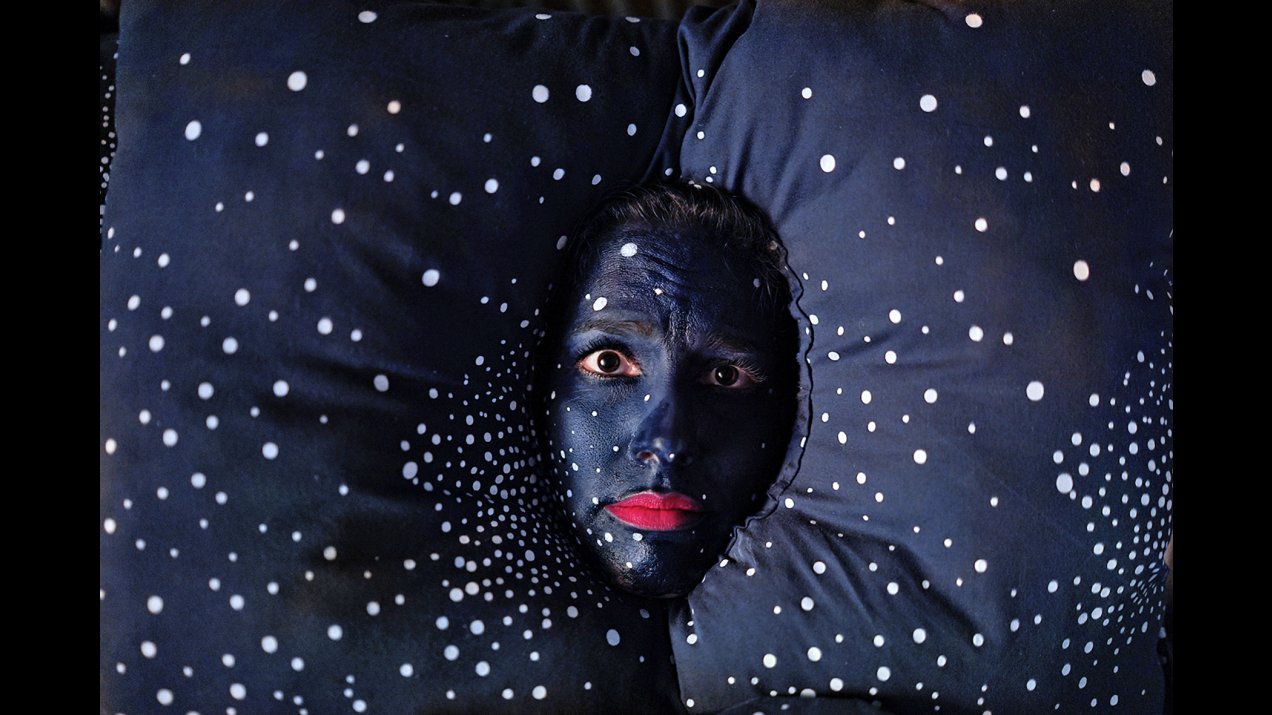 It starts without warning, just like turning on the TV. Pilot shows are always unpredictable, about trying things out and reaching new audiences, nothing ventured, nothing gained! Everyone loves Kafka, but has he achieved his full potential? The grown-ups have read him already, but what about the kids? They love playing with bugs, and Metamorphosis is about just that, let’s ignore Franz’s representational worries, we all know what a bug looks like! Kids should feel at home, so the studio is full of bright colors and household objects come to life, a motley crew of loveable characters happy to listen to the avuncular storyteller and sing along with the studio band. There’s a sort of audience surrogate too, a little girl who often seems confused, about the tale’s scary turns, about her own identity, about whether she’s really a child anyway: when do we stop being a kid, 8, 12 or 14? She looks like the woman who appears in one of the commercial breaks, the woman giving the speech about how Israel treats Palestinian minors under the Occupation, she’s also confused, by the stench emanating from her body, like dead cockroach in a squalid bedroom. But that’s what’s great about TV, we can always switch channels if things get sticky! Everyone gets the format they deserve. (James Lattimer)

In the presence of Roee Rosen. 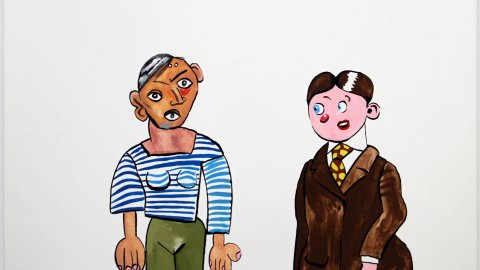 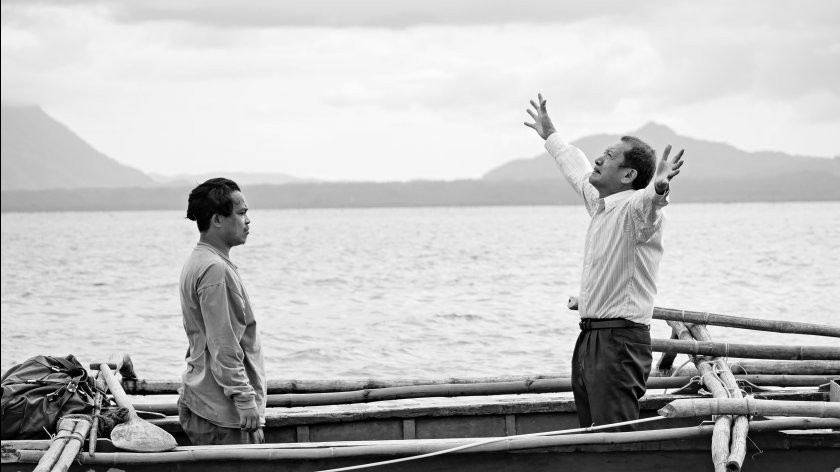 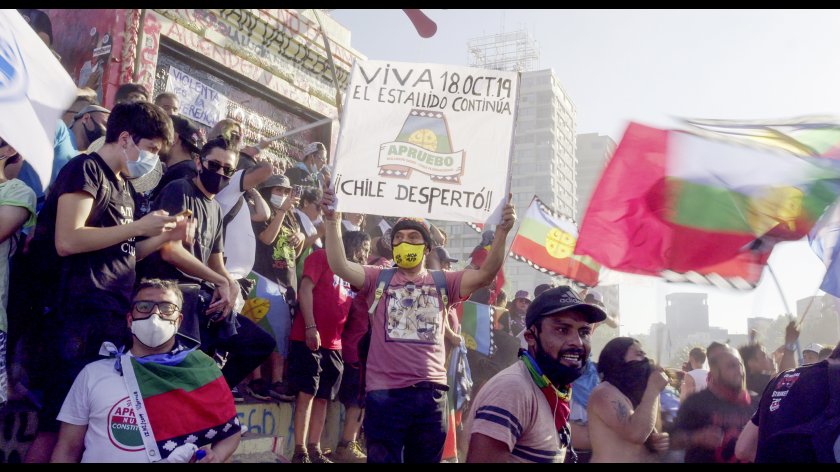 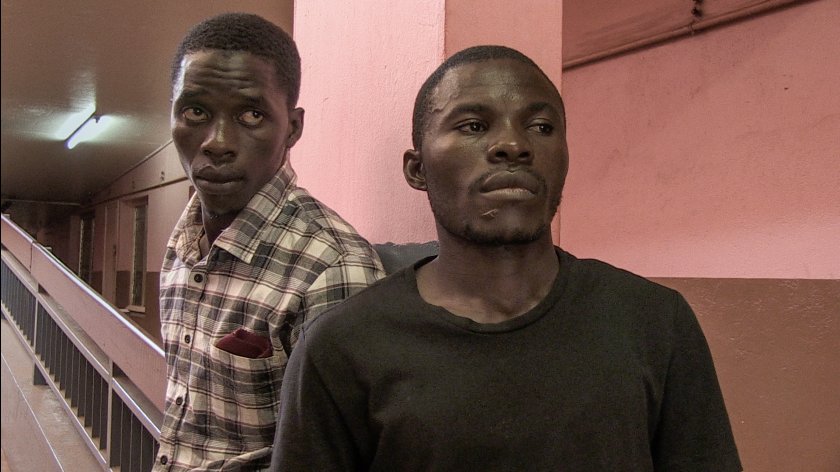