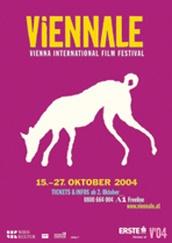 «Every film festival, no matter how well run, usually has a few problems. But in my three years attending the VIENNALE International Film Festival, I still haven’t found any problems at this one – of the dozens of domestic and international fests I’ve been lucky enough to attend, this one tops my list. The VIENNALE is the kind of event tha can erase your cynicism about film festivals an renew your passion for cinema.» (IndieWIRE.com)
PREMIERES
A number of world and international premieres took place during the VIENNALE 2004, including:
"13 Lakes" by James Benning, "Fei-Zao-Ju" ('Soap Opera') by Wu Ershan, "Williamsburg, Brooklyn" by Jonas Mekas, "Nicht Ohne Risiko" by Harun Farocki, "Hakoah Lischot" ('Watermarks') by Yaron Zilberman, "Everyone Their Grain Of Sand" by Beth Bird und "Trona" by David Fenster. TRIBUTES & SPECIAL PROGRAMS

RETROSPECTIVE - The Grapes of Wrath and Tenderness

The films of Straub/Huillet have long been an important part of the Viennale’s program, and this year the Viennale presented a retrospective in cooperation with the Filmmuseum.
At the invitation of the Viennale Danièle Huillet and Jean-Marie Straub have put together a selection of this great director’s work, drawing on their personal experience and years of watching Ford’s oeuvre closely.

The Viennale Zentrale on the top floor of the Urania has proved a perfect festival meeting point. Several discussions, audience talks, Jean-Pierre Gorin’s 'Working Class' lectures, parties and other events took place.
'Gonzales' who opened the Viennale with a great performance was the first to attract a great audience. Also, the series of Filmmakers at the Turntables and the 'Von Spar' + DJ Thomas (MiniMonsters of spex) concert were big highlights for our loyal Viennale community.

An exhaustive, deceptively simple essay on the complex relationship between cinema and the real world in one-and-a-half minutes. Colorful spinning tops rotate on a reflecting surface, the sounds of a merry-go-round give way to familiar music. The camera pans upwards, revealing Agnès Varda’s motionless face. From off-screen, her thoughts contradict the sounds of Strauss: “Ah no, not those Viennese waltzes … I’m thinking about film, about what happens every day. I’m thinking about bread, salt, earth, corn, bread, the sea, salt.” What follows are images (and sounds) of these essential things, a brief digression, with a musical transition between one take and the next, where there is time to take a closer look at things. 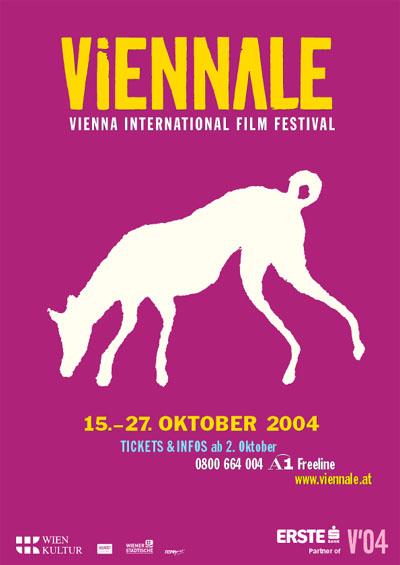 The VIENNALE proudly welcomed 78 film makers and actors presenting their screenings followed by a Q&A. Among them were:

Following the advice of his wife, who had seen Bacall’s photo on the cover of the “Harper’s Bazar”, Howard Hawks casts her for To Have and Have Not. Bacall and her co-star Humphrey Bogart fall in love at this occasion and get married in 1945 - a dream couple attracting crowds of cinema-goers. After Confidential Agent, Bacall and Bogart play in The Big Sleep, Dark Passage and Key Largo. In 1953, she appears in her first successful comedy, How to Marry a Millionaire with Marilyn Monroe and Betty Grable. Yet, she also convincingly performs in the melodramas The Cobweb by Vincente Minelli and Written On the Wind by Douglas Sirk. In January 1957, shortly after the shooting to Designing Woman has been completed, Humphrey Bogart dies.
After a big Broadway-Carreer and a break of several years she plays in Barbra Streisand’s The Mirror Has Two Faces in 1996, bringing her the Golden Globe for best supporting actress. However sporadically, she is continuously seen on screen, for instance in Robert Altman’s Prêt-à-Porter or last in Lars von Trier’s Dogville and Jonathan Glazer’s Birth.

OLIVIER ASSAYAS
Despite their autonomy, Assayas’ films follow the Nouvelle Vague tradition. Instead of gearing themselves to Hollywood, the films relate to the French father generation and Asian cinema. Searching for a common denominator of Assayas’ films, one might come up with terms like sincerity or implacability. His figures’ problems carrying the burden of the author’s self-exploration are basically always existential.

In the Seventies Hannelore Elsner became the main protagonist in German author films. In the Eighties, after the birth of her son, she acted in many popular TV series. Elsner has received numerous prizes for her work in TV.
In 1999 she played the role of the disillusioned writer Hanna Flanders/Gisela Elsner in Die Unberührbare, directed by Oskar Roehler, and received numerous prizes and international acclaim for her powerful performance.

The Viennale was dedicating one of its Special Programs to the French filmmaker and theorist Jean-Pierre Gorin.
Gorin was part-publisher of the “Le Monde” literature supplement. His articles influenced the political and aesthetical discussions of the late Sixties. In 1965 Gorin met Jean-Luc Godard. Together they founded the Groupe Dziga Vertov, and co-directed some of the most influential works of political cinema in France: "Lotte in Italia" (1969), "Vladimir et Rosa" (1971), "Tout va bien" (1972) and "Letter to Jane" (1972).
In 1975 Gorin was invited to the University of California in San Diego, where today he still maintains a teaching position.

Sauper was born in Kitzbühel, Tyrol, in 1966. He has lived in Great Britain, Italy and the US. He studied film direction at the University for Music and Performing Arts in Vienna and at the University Paris VIII. Sauper also acted in various short films and two feature films.
Sauper teaches film in Europe and the US. His 1997 film Kisangani Diary won numerous prizes.
One year after its screening at the VIENNALE his docuementary Darwin's Nightmare won the European Film Prize and was nominated for an Oscar.

In 2004 the Standard Readers' Award was awarded to:

In 2004 the Vienna Film Award was awarded to:

In 2004 the FIPRESCI Prize was awarded to:

LOS MUERTOS
Lisandro Alonso, Argentina 2004
and
DOWN TO THE BONE
Debra Granik, USA 2004

Here you can find a selection of the best photos of the Viennale 2004. 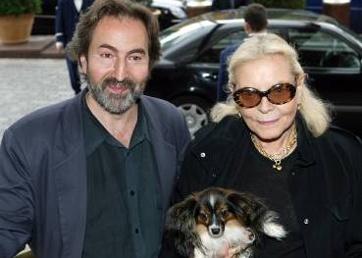 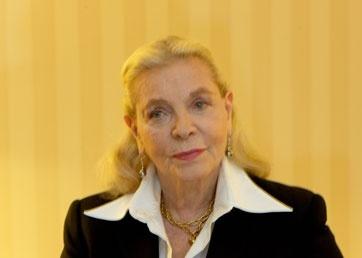 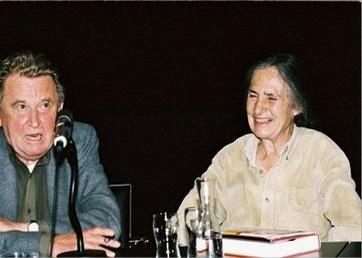 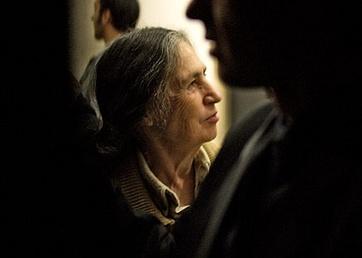 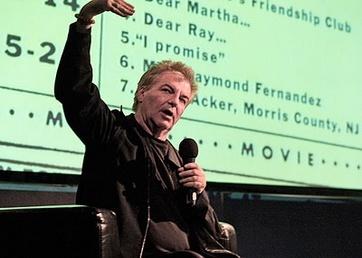 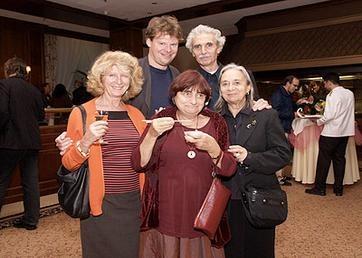 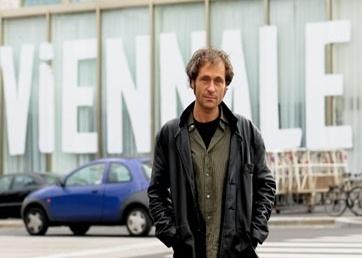 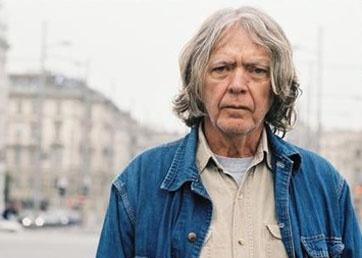 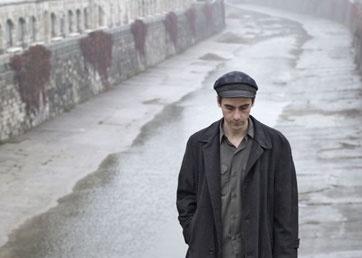 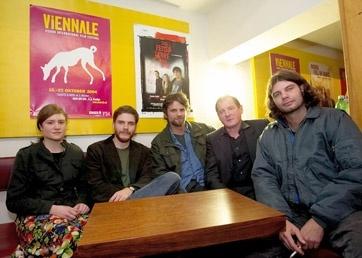 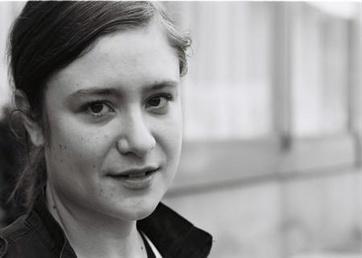 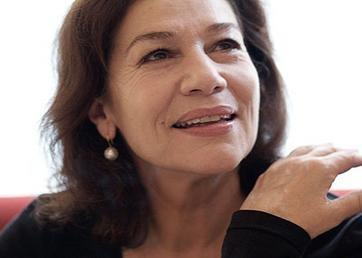 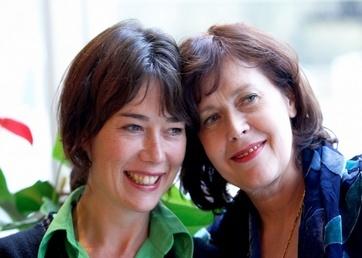 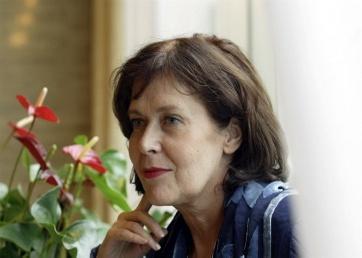 GALA IN THE HONOR LAUREN BACALL
In honor of tribute-guest Lauren Bacall there was a gala screening of "The Big Sleep" at the Gartenbaukino. After the film Lauren Bacall held a public talk together with VIENNALE-director Hans Hurch.

The evening with Cameron Jamie & the Melvins was an Austrian premiere: The legendary rock band The Melvins accompanied live three films by fine-artist Cameron Jamie at the Gartenbaukino.

For the first time 2004, the VIENNALE added a series of events to its program. Entitled Working Class, this series consists of three to four film lectures held by internationally known personalities of cinema. The distinctive feature of these lectures is that they represent both theoretical and practical aspects of filmmaking in their works and are thus neither obliged to convey a pure theoretical-academic view nor a pure practical one. These lectures are offered to a public audience willing to reflect on the vivid visual and intellectual experiences of cinema.
The first lecturer of Working Class was the French-American filmmaker and theorist Jean-Pierre Gorin, to whom we also dedicated a special program at this year’s festival. Gorin held a series of lectures, which he has conceived, along with the legendary American film critic and painter Manny Farber, since the 1980s.

As part of the Danièle Huillet/Jean-Marie Straub retrospective (which included selected films by John Ford) there was a round table discussion with prominent participants and moderated by Hans Hurch:
Jean-Marie-Straub, Danièle Huillet, Harmut Bitomsky, Tag Gallagher, Jean-Pierre Gorin

Opening-act of the Viennale Zentrale was the legendary underground-entertainer Gonzales - with a fantastic instrumental piano show.