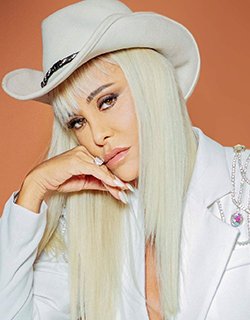 Vera Gemma is the daughter of actor Giuliano Gemma and his first wife Natalia Roberti. She grew up in Rome and on various western film sets of her father.

She worked as an actress in several theater productions and starred in some films: "La Sindrome di Stendhal", "Il Cartaio", both directed by Dario Argento, "Ovosodo" by Paolo Virzì and "Scarlet Diva" by Asia Argento.

In 2013 she made a documentary about her father's life entitled "Giuliano Gemma: an Italian in the world", which was presented at the Rome International Film Festival.

Vera Gemma is also a television personality, known for her participation in the reality shows "Pechino Express" and "L'Isola dei Famosi".